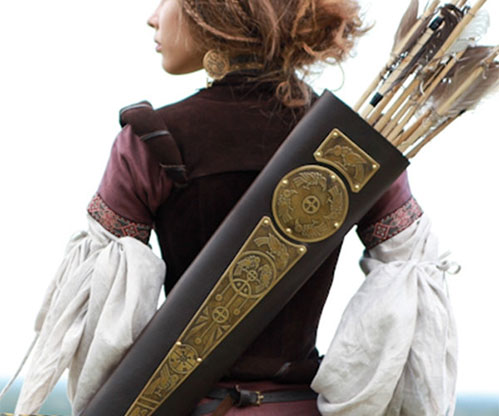 My Facebook feed has been inundated of late with commentary about the Duggar family.1 Their fame has rubbed me the wrong way since the moment I first heard about them, and I have never watched an episode of their show. I never thought about why I have such an aversion to their lifestyle until it suddenly hit me in the middle of the night last night. The fact that anyone would glorify this type of lifestyle has angered me ever since I first heard of the show. Let me tell you the real facts about being from a very large family.

I was the oldest of 11 children, raised in the Mormon religion. My parents were promised, when they married in the LA temple in 1967 that if they did not limit the number of children born to them, that my mother would live to see them all raised. My parents interpreted this promise to mean that they should never prevent pregnancy. We heard this story over and over growing up, and we were taught that we should follow the same admonition.

Living conditions were mostly horrific during the years I lived at home. As early as I can remember, we lived in situations that ranged from less than ideal to nearly unbearable. The first home I can remember was a two bedroom mobile home with a cinder block room added on. The kitchen was torn out, and never got remodeled, so we cooked in an electric skillet and did dishes in the bathtub. We didn’t have beds, so all of us kids, 7 in all by the time we moved, slept on the floor with blankets. Rarely did we live in a “regular” home with running water and electricity, bedrooms with beds for everyone, and furniture. I envied people who did.

Other conditions included living in a motorhome on 20 acres of unimproved cactus in the Arizona desert. While we lived there, we had to haul water and use a generator for electricity. I was 11 years old by this time, we had 7 children, and the 8th child was born 9 weeks early via emergency C-section, prompting the relocation of our motorhome to my grandparents’ house. By the time I was 12, we had moved back onto the property, but this time into a 3 bedroom mobile home, still no running water or electricity. We showered at another family’s house once a week.

In 8th grade, my counselor at school, likely noticing my body odor, asked me if I had regular access to showers. I lied and said that I did. I was ashamed of the way that we lived. The other girls at school invited each other over, curled their hair, read teen magazines, began wearing makeup, talked about boys, movies, music, and things that I had no knowledge of. I spent my days riding the bus 90 minutes each way to school, taking care of my siblings, sitting for hours in laundromats washing the family’s laundry, cooking meals, cleaning, and heating water in a pot on the gas stove in order to wash dishes. Many, many times I simply wished to disappear, and I was constantly, overwhelmingly sad.

In addition to our living conditions, my parents were angry people. Angry with each other, and angry with us. We were beaten, overworked, and even starved. Food was withheld as punishment for not doing chores or other misbehavior. Being the oldest, and a little more prudent than my siblings, I learned to largely cooperate within the system, so I avoided much of the harsh punishment. My rebellious younger brothers were not so lucky. They were frequently given only “one small serving” of food for dinner, and then sent to bed. It was usually left to me to administer the food portions, as I performed a significant portion of the food preparation by my early teen years. I hated having to do this, but heaven forbid I disagree with my mother. I dished up the servings, she approved them, and they ate. This lead to a great deal of food stealing and hoarding behavior in my younger siblings.

I was often left to babysit and care for most of my siblings. By the time I was 12, I would be left to care for 7 children on my own, while my parents went to town to attend the temple, go shopping, or run other errands. Of course my brothers and sisters didn’t behave for me. It was rather like trying to get a group of 7 kittens to sit quietly in a row and stop destroying the house. They mostly ran like a pack of wild dogs, leaving me frustrated and incapable. Inevitably, I would be punished upon my parents’ return because the house was a mess, the dishes weren’t done, and everyone had run amok. It was a no win situation.

I could write books and books about the reality of growing up in a family with too many children. I love all of my siblings. I’m not close to many of them, but neither would I begrudge them the right to be alive, but that doesn’t change the fact that my parents had way more children than they could possibly care for. I have observed many large families over the years, and it is rare to see one that functions well. Most of the time, the older children end up being faux parents before they have even reached their teen years. The kids end up being part of a pack instead of being loved and nurtured as individuals. Life is served up on a bulk basis. The mother is usually a SAHM, overworked, exhausted, constantly worried about money, and stressed. There is never enough of anything. All of us kids suffer, sometimes to the point of extreme dysfunction as adults, as a result of the life we lived as children.

In the LDS church, there was a massive focus in the late 1960’s and early 1970’s on having large numbers of children. Many people were given these manipulative sorts of promises when they were married, or chastised by their bishops for putting off having children. Did anyone, ever, teach my parents to be prudent before having another child. Were they taught to consider whether they had adequate resources to provide clothing food, shelter, and beds for their children? Did anyone teach them how much time children require? No. My mother was afraid to die, so they just kept having babies, even if they couldn’t even give us a decent home with running water and electricity, or adequate supervision and love.

The Duggars and the whole “quiverfull” movement places a great deal of emphasis on having large numbers of children, without the focus on actually caring for each of those children with enough time, attention, love, and providing for their physical needs, not to mention the health and wellbeing of the mother giving birth to all of those children, as well as the mental and emotional needs of everyone in the family. It is fundamentally wrong to tell people that they are doing a disservice to God if they do not create as many children as is physically possible. To do so is to give no thought at all to the kind of life to which you are sentencing those children. The focus on having lots of kids in order to make more Mormons, more Christians, or more Muslims sets up a system of negligent parenting before you even get started. I know, I lived it.