Abraham Was A Coward

The worlds two biggest religions celebrate the faith of the same man. A guy named Abraham.

Abraham was so faithful that he took his own son strapped him to an altar and plunged a knife toward his chest.

Now the believers will tell you no harm was done because an angel stopped Abraham before it was too late. 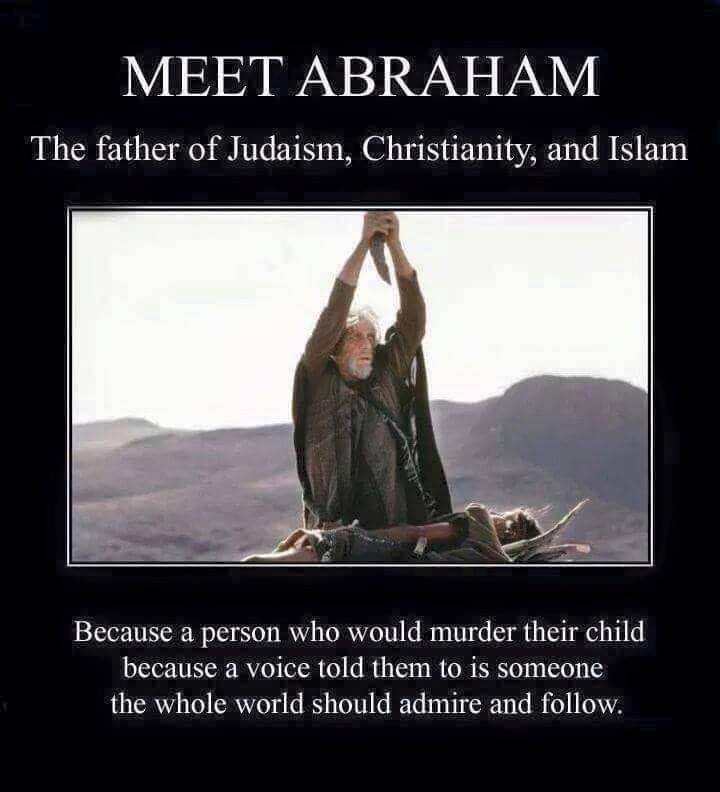 I kind of doubt this is true because I can’t imagine that the kid didn’t feel traumatized after such an event, but even then. So what?

So what if God stopped him before it was too late? How does that make what Abraham did ok?

Let’s put this story in another context to see what I mean. Suppose a powerful leader demands a person kill his kid as a sign of faith in thier leadership. Go ahead, pick one. Hitler? Obama? Al Capone? Is a faithful submission to such a demand ok in that case?

The God of Abraham is presumably a really powerful person and can kill others pretty easily.  So why does he need someone else to do it for him? And why celebrate that act as something only the most faithful person would do? Why make that a model to strive for?

I think religion f%#ks up a person’s sense of morality and the story of Abraham is a prime example. In any other setting Abraham would be considered a coward. A man too chicken to do what is right. To concerned with saving his own eternal skin to consider the morality of tying his own son to a rock and attempting to kill him.

This is a guy trying to ‘win favor’ with the mob boss by any means necessary. But religions call it ‘faith’ and celebrate it. The more I contemplate this the more I think deep down the religious are cowards. They seek out the biggest wolf in the pack and fight others in his name and for his protection.

We see this all the time in the animal kingdom. I have a couple of pet dogs that are more than willing to take on others for the protection and home I give them. Given mammals share a lot of DNA I can understand the genetics that reinforce this behavior in humanity.

But isn’t being human about going beyond our animal instincts? Shouldn’t we celebrate standing up to oppression rather that accepting it? 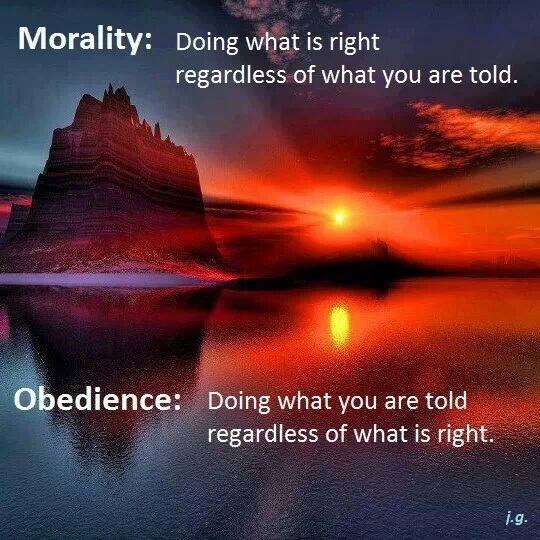