Just a bit ago, I had someone tell me that people just didn’t con the people back in the 1800s, that is why I shouldn’t be skeptical of Joe Smith when he started a fraudulent bank or charged people for scrying buried treasure that he never found. He certainly wasn’t in it for the money! That got me to thinking…

As is common to many of us now days when we wonder about a bit of history or how things work, I turned to the google machine. This popped up on NPRs website.

…Arguably, the 1800s were the Golden Age of schemes. The term “confidence man” or “con man” was probably coined midcentury and, according to the New York Times, the Brooklyn Bridge was sold more than once to unsuspecting folks in the 1880s and 1890s…

“Modes of communication were not so swift,” she says, “so it was easier for itinerant swindlers to move from town to town, practicing the same small cons within a given region without getting caught.”

Reading this sent my post-mormon confirmation bias ringing off the charts! If you have studied even a small amount of Mormon history you know that this group of people moved a lot. Especially when Joe was running the show.

I immediately thought of one often taught situation where Joe, upon arriving in Kirkland walks up to general store owner, Newel K. Whitney, and said:

“I am Joseph, the Prophet. You’ve prayed me here; now what do you want of me?”

Talk about brash confidence! This story is a faith promoting one of how Joe miraculously knew the name of a store owner and ends up with them giving him and his family a place to stay for the night.

To me first time through this seemed amazing, partly I am sure because of the way it was presented. But if you stop to think about it. Is it really that hard to find out the name of a store owner in a new town? Especially of the only general store in town? Probably not. Most people prayed for help and stuff those days too, not too much a stretch to guess that part either. But such is the way of magic tricks and conmen. They make it seem amazing when the trick is so simple that if you discover it you are ashamed you were so easily fooled.

I was a mormon very much like the dad in the south park episode relating the story of his religion. Blissfully proud of that miraculous way Joe made up for the pages that went missing!! 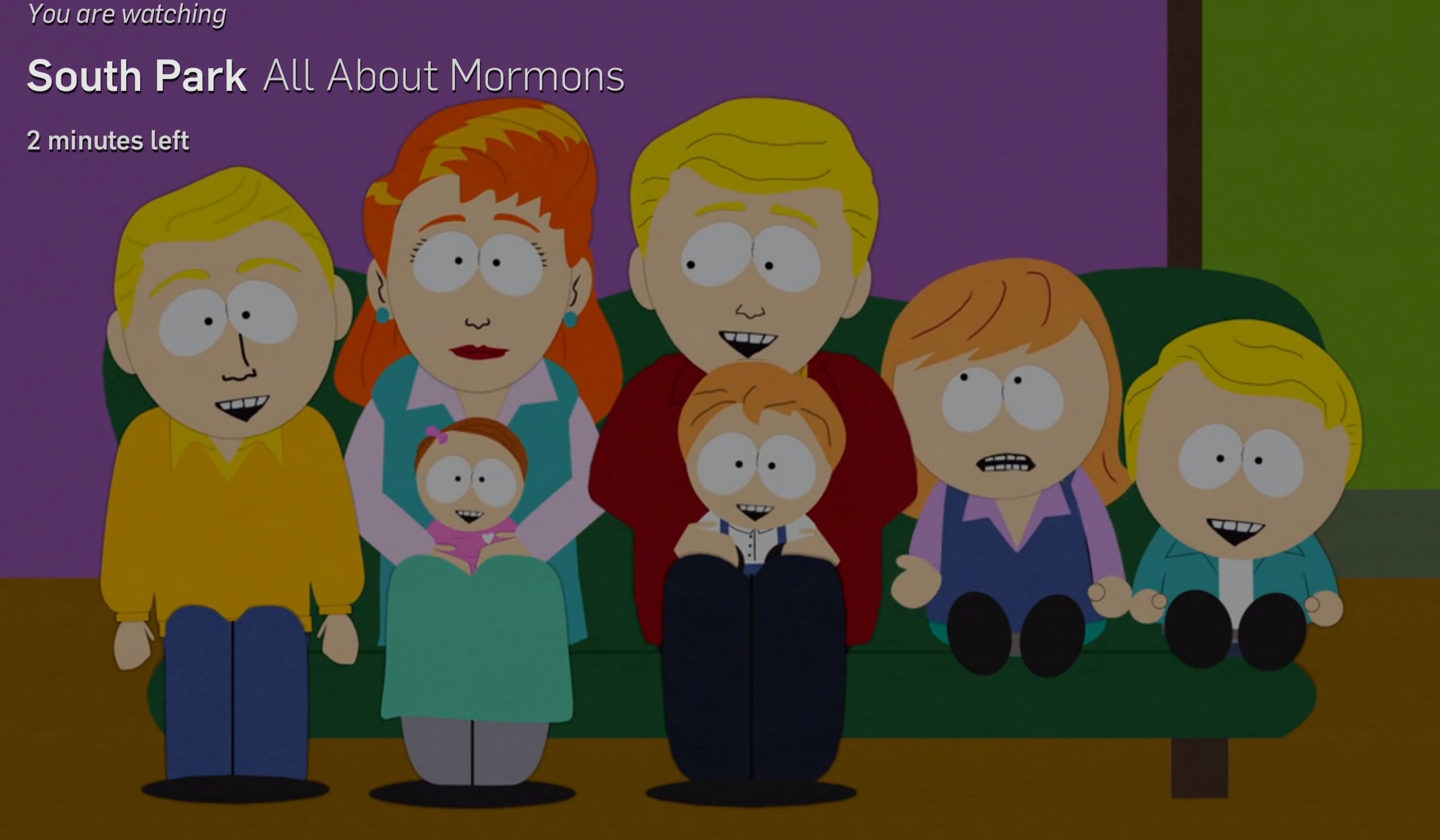 These days I’m much more the dumbfounded Stan wondering how in the world people believe this stuff! 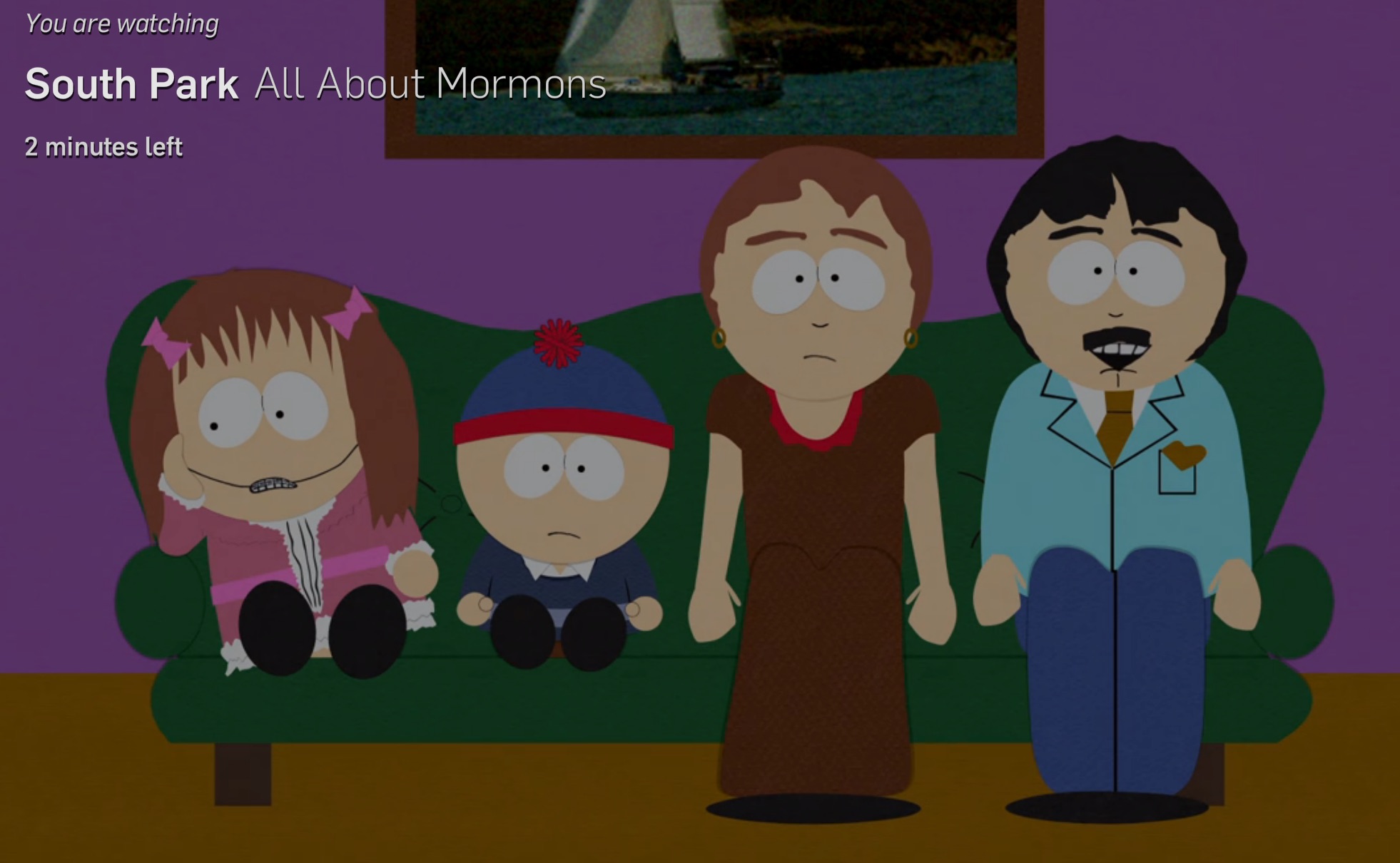 But isn’t that the way it goes when you are bamboozled? The mark is always happy to be taken. It is the sign of a good con.

For a bit I did my best to counter my own bias as I googled around the church history I was learning. My old beliefs definitely popped up to defend themselves by pointing out that Joseph had started a religion before the fraudulent bank1 while he ran from town to town. I mean were there really that many religions started in the 1800s?

Turns out there were, it was called The Second Great Awakening because there were so many of them:

“The Second Great Awakening stimulated the establishment of many reform movements designed to remedy the evils of society before the Second Coming of Jesus Christ.”

Mormonism wasn’t particularly unique in its goals for the time nor even the most successful one. Prophetess Ellen White and the Seventh Day Adventists claim some 18 million followers and started about the same time. So much for that stone cut without hands eh?

So con man or prophet? I guess that is the question every LDS person faces sooner or later about Joseph Smith.2 One thing is for sure, there is a lot more to the story than is taught in Sunday School. If you don’t believe me, try putting together some timelines of the events on your own. It is very enlightening. But am I gonna convince you you might have been fooled? Not likely, especially if you adamantly don’t want to know. But I do feel it is my duty to at least voice a warning.

One last note from wikipedia:

Confidence tricks exploit typical human characteristics such as greed, dishonesty, vanity, opportunism, lust, compassion, credulity, irresponsibility, desperation, and naïvety. As such, there is no consistent profile of a confidence trick victim; the common factor is simply that the victim relies on the good faith of the con artist. Victims of investment scams tend to show an incautious level of greed and gullibility, and many con artists target the elderly, but even alert and educated people may be taken in by other forms of a confidence trick.

Are you afraid of dying? Would you want to have the power of a God? If the answer is yes to both these questions. Please ask yourself once more…