War profiteering has an old history, it goes way back, so far back that I think you’d struggle to find the first war profiteer. In fact I would dare bet that war profiteering and religion were pretty much invented at the same time. In my own life time I have witnessed two great wars touted all over the media. The war on drugs and the war on terror. Both wars that have lasted indefinitely and pretty much not accomplished anything.

Well that’s not entirely true, the war on drugs seems to have created massive criminal syndicates in Mexico and other countries that ship banned drugs to the black markets of America. Pretty much the same way the war on alcohol did in the days of prohibition. But ‘winning‘ this war? Eh, not so much. People still use drugs.

The war on drugs was the first war I learned of as a youth. But then came the war on terror. Launched after people doing what their god told them to took down a couple of office buildings full of people like you and me. Is the war on terror really a war that can be won? Or will we poor endless money into chasing shadows? You can even find conspiracy theories that the entire 9-11 incident was fabricated just to keep the populace looking at that enemy out there while the rich and powerful adjust society to their liking right here at home. War makes money, a lot of it. That can’t be argued. Did anyone invest in Halliburton before Sept 2001?

War is a distraction 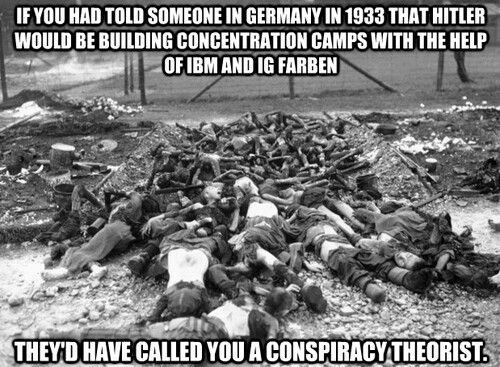 Maybe there are people starting up these treatment centers and cashing in… Or maybe, just maybe this is a good distraction from what all the apostates are saying are the real reasons they are leaving the faith.

Reasons like finding out that the founding prophet is a convicted fraud that pretended to find treasure for money by looking at magic rocks in a hat. That the same guy told 14 year old girls if they didn’t marry him it would be their fault the angel God sent with the sword was gonna take the prophet from the earth. Oh and yeah that same magic rock? He used it to produce the Book of Mormon. No that couldn’t possibly be why all these men, women and families are leaving the church. It couldn’t possibly be the new information available on the internet exposing facts about the origins of the faith that had been carefully white washed until now. No, it must be the porn, we need to declare war on it!

Who knows? But I do know this. If you want to focus attention on something. Declare war on it. Hmmm that might explain the war on christmas… Maybe the Fridge should declare war on the Flying Spaghetti Monster since that fake religion is clearly in a-pasta-cy. A war on pasta! Isn’t that basically a war on carbs? Given my diet centered news feed that appears to already be well underway. It never fails that I discover the signs of the Fridge are everywhere if you only have the faith to look.

May you all chill in the blessings of the Fridge, Cheese and Ice, Amen.