I have a small confession to make. But first a little background.

During my crisis of faith I spent a lot of time praying and pondering. I often spent many nights restless unable to sleep as I discovered one unsettling historical fact after another. I would often wake up in the middle of the night and not be able to rest at all. Insomnia though was nothing entirely new to me. Stress from work or other areas of my life would often leave me tossing and turning in bed. One way I had developed over the years to deal with it was to soak in my jetted tub. The hot water and white noise of the jets would help me relax and calm down. With that in mind here’s what I experienced a few years ago: 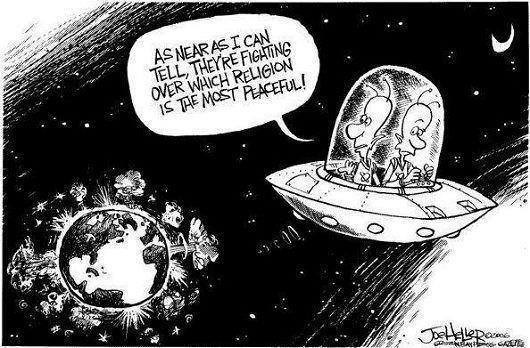 I’d been learning about the mountain meadows massacre and the doctrine of blood atonement that was clearly a core component in causing it. I was pretty distraught. My faith had taken a beating discovering that the temple experience I held sacred used to include a covenant1 to extract vengeance. It was obviously a driving force2 behind church leaders and their priesthood quorums leading to the murder of men women and children in those mountain meadows so long ago. 3 For days I had been wondering why God would let something like that happen. Plenty of sleepless nights and time on my knees passed while I pondered this contradiction between my faith and my personal moral compass.

Then one night I woke up after dreaming about it cold and restless. I climbed into my tub to try and relax. At the time I was a huge believer in ‘carrying a prayer in your heart.’ If there was something I was working on I would keep this kind of daily running supplication to God. Like saying a prayer to myself, thinking it rather than saying it out loud. So as I lay there trying to relax in the hot water. I automatically slipped into this mode. I began asking deeply and with all my heart for light and knowledge on this topic from my father in heaven. I really needed to understand this bit of history and why he would allow such a thing to happen, why he would want temple covenants that would lead to this result.

As my body relaxed and my mind raced I had an experience I will never forget. I had a conversation with God. One moment I was asking, begging, pleading for answers. I just needed to understand. Then all of a sudden I was in a conversation. I’d ask and then I would hear a clear answer. As if I were talking to a person in the room. These didn’t feel like my own thoughts, it was a very distinct voice I heard. I was sure God was speaking to me. I asked about why Brigham Young could teach such racist beliefs, I asked to understand what was up with gays and marriage and why the church fought it. I was told that some leaders today were just men with social prejudices and one day like blacks got the priesthood gays would be accepted and even married. He told me that plural marriage would return and the church would get back to its more liberal roots. I was told that Brigham was a jerk, but he needed a jerk to drag his people to the rocky mountains where they could be isolated and grow strong. He let doctrines like blood atonement be preached because it made his people stronger.

In short, the theme of this revelation was the ends justify the means. After nearly an hour of conversation, the experience faded and I slept. Deeply and unburdened. I related this whole thing to my bishop a few days later, he had been meeting with me as I struggled learning this history. I left out the part about gays one day being married, because God had told me that most people weren’t ready for that yet so I didn’t need to rock the boat about it.4 Just let it happen. My bishop, a wonderfully kind caring guy, seemed relieved. He told me he felt inspired to tell me something. He said one day I would be called as bishop of our ward, and thats why I had this experience, so I could help others deal with their crisis of faith. We both cried with the depth of the spiritual confirmation we shared after that discussion.

This experience happened about 5 years before my shelf collapsed. I have even alluded to before in other writings. So why is this a confession? Many people know I had this experience, I talked about it plenty. I even bore testimony of it in sacrament meeting the month after it happened causing lots of tears and smiles looking back up at me on the podium. Thing is I only told a handful of people this happened while I was in the tub. Taking a bath. I think I was embarrassed that my earth shattering revelation was while I soaked trying to relax. I kind of felt like it should be in the woods or on a mountain or something. So I kept that part mostly to myself. After all people didn’t need to know every detail. They just needed to know the part that built their faith. God himself had told me ‘the ends justify the means.’ And building faith after all was a great end, or at least so I thought at the time.

So there you have it. I confess that I believed I had talked directly to God while soaking in hot water. I look back now and think I might have actually been driving myself crazy. I mean this guy pretty much just said the same kind of thing happened to him. Is that not at least a little nuts?

I clung to this experience as my research continued, later on it held up my shelf as I came to understand in great detail the fraud of the Kirkland safety society and the actual facts of destroying a printing press that lead to the death of Joseph Smith. It held my shelf up the day I realized that the Book of Abraham was clearly a fabrication not based at all on the papyri as Joe himself had claimed. It held up my shelf right up to the day that it collapsed. That was the day I realized that just like todays followers of ISIS, or the people that engaged in the crusades. I could be mistaken. After all, isn’t the justification in their minds the same as in mine? The ends justify the means. Would a zealous follower of Islam brutally kill those who were infidels in his view without that same thought?

The day I questioned the reality of the voice of God I believed I had heard was terrifying. But it made so much sense that I couldn’t stop wondering about the ‘revelation’ I had held sacred for so many years. How many other things were products of my own wants and desires if I could have been so soundly assured I was right in this case? If I was this easily confused couldn’t previous church leaders have been so as well? Couldn’t this even have happened to Joseph Smith himself? After all it made so much sense. Because if this thing5 is that common it could explain in a single swoop the totality of religions in the world.  It makes it clear how even though most agree on grand principles (like being nice and helping each other) the details repeatedly cause war and strife and massacres in places like mountain meadows.

Ultimately the key reason my shelf collapsed was simple. I just accepted the fact that I was every bit as likely to be wrong in what I was absolutely 100% sure that God himself had told me, as I readily considered the Muslim or the Born Again Christian to be. I put myself on equal footing with those that believed differently than I did. All it takes is that one honest look at your own experiences through the same lens you look at others with.6

Am I now 100% sure that this experience wasn’t a direct revelation from God?7 Am I absolutely positive that was something my own brain fabricated to deal with my own cognitive dissonance? Nope, I’m not.8 It could be that God was good with all that…

The chance still remains, and in my mind it is a remote possibility that Mormons got it right and one day I might stand in front of the Eternal Judgement Bar with outer darkness on the table as a possible consequence. 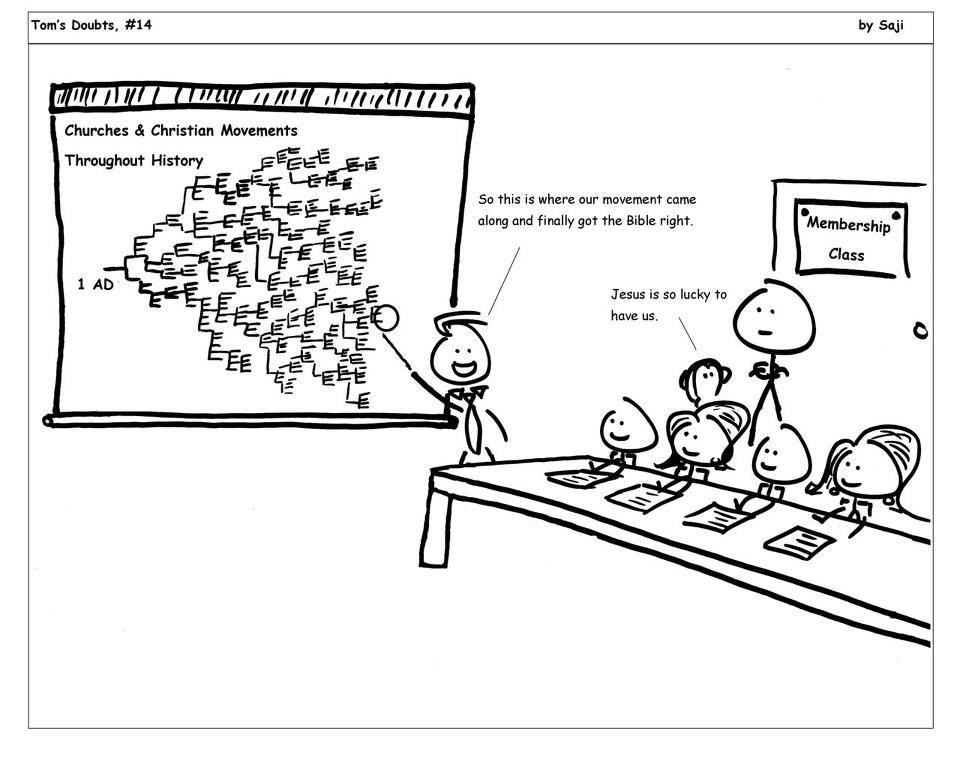 If that turns out to be the the case I know what I will do. I will stand up tall and say to his face, “Hasa diga eebowai! Because the ends justify the means revelation you gave me is a piss poor excuse for a supposedly loving being with every imaginable means at his disposal to use. Especially when people rape, murder and plunder in your name and even by your command.”

And you know what, if that means I get sent to the frozen realms of outer darkness, so be it. I’d rather worship the Fridge than that type of mob boss anyway. Because from my experience when God speaks it is only to justify things that I believe are deeply, terribly, morally wrong. To put it in his own divine words:

Woe unto them that call evil good, and good evil; that put darkness for light, and light for darkness; that put bitter for sweet, and sweet for bitter! -Isaiah 5:20 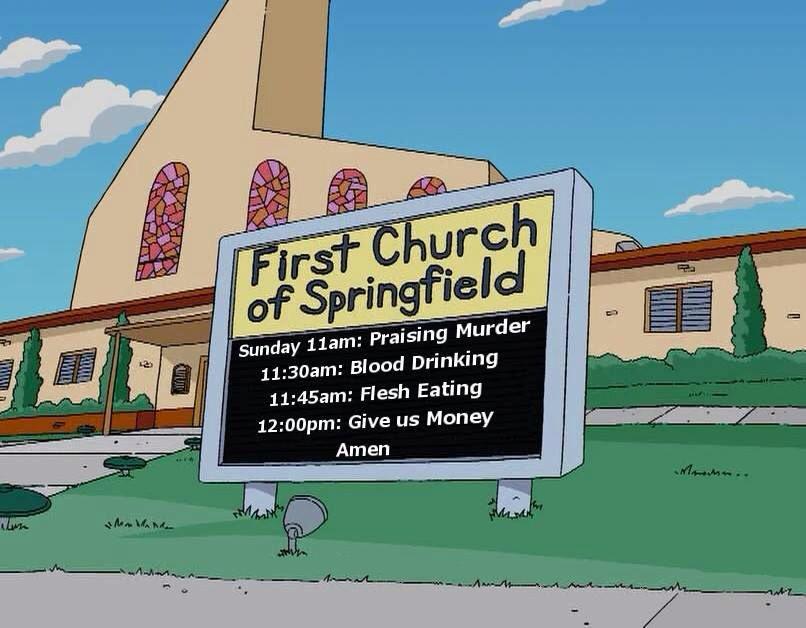