Guilt and Shame for Being Normal

Many Mormons believe they have been told by God, through His modern prophets and apostles, what things they should and should not do. Deviation from these tings is considered sin. What Mormons often fail to realize is that those of us who no longer follow the tenants of Mormonism typically reject their concept of sin. However, the years of conditioning and subsequent guilt and shame associated with anything once thought of as sin, often remains. 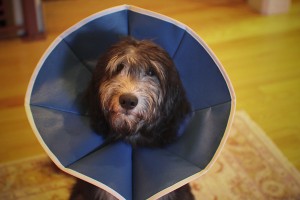 Mom took it hard when my sister, at the age of 22, rejected the religion they raised her in. 26 years later, when I rejected the same religion, it wasn’t so bad. At least, not that I observed. Mom is pretty passive aggressive about my sister’s lifestyle and the lifestyle of my two nieces who were raised mostly agnostic and have lived a life of what mom thinks of as “sin.” At least behind their backs she is, never to their faces. So maybe mom took it harder than I thought and I just don’t know.

As is typical with many Mormons, I was always wary about letting my parents know about anything I did that was not “in harmony” with the teachings of the LDS Church. I was fearful of the guilt and shame that would come with such revelations. Nor did I want her talking disapprovingly of me to somebody behind my back.

Many Mormons believe that a major reason people leave Mormonism is because they think that person wants to “sin” – that person wants to do all the forbidden things. The reason they think this is because many who leave often quickly begin to try those things that were formally out of bounds. However, since they are no longer under beholden to the religious entity that formerly restricted them, they are free to have new experiences.

Not surprisingly, when I left Mormonism, I had not had much experience with alcohol. It took over a year after leaving Mormonism for me to unshackle myself enough from the concept of sin to think about trying alcohol. I had sampled several beers from a good friend who brought them to me. One I liked was Wasatch Brewing’s “The Devastator.” It has 8% alcohol, so, in the state of Utah, it can only be bought in the state liquor store.

My city has only one state liquor store. I had thought about swinging in there but had been a little worried about people I know seeing me pull into the parking lot. Drinking alcohol in Utah is perfectly legal. I was not contemplating an illegal act, yet I was worried about the guilt, shame and gossiping my actions might cause. After quite a bit of inner turmoil I eventually built up the courage to do the dirty deed.

I drove in to the packed parking lot and luckily found a place front and center. I turned off the truck and set the key on the seat. I was a little nervous, so I sat there for a moment. It looked pretty harmless in there and I didn’t seen anyone around I knew. So I crawled out of the truck and went inside.

There was a nice array of beverages but I couldn’t see the beer. Mostly hard liquor. I remembered as a teenager going to a friend’s house whose parents had some brandy in the basement (“for medicinal purposes”) and I had some. I loved it! So I looked for some brandy. I found it and continued wandering the aisles, furtively looking around every so often. I eventually found the Devastator. I grabbed a six pack and went to the checkout.

As I stood in line I checked my front pocket and noticed my keys were not in my pocket. Well, most of the time in town I don’t lock my door, so it wasn’t a big deal. I paid for the alcohol and went out to the truck. Sitting on the seat were the keys. But the doors were locked!

I had recently divorced and walked away with a motorcycle, some books and woodworking tools. Being late winter I was borrowing my parents’ truck. It just so happened that I was living in my parents’ basement apartment. At home, in that apartment, were not one, but two extra set of keys to that truck. Right on top of the fridge. A simple phone call to my parents and they would have brought me the keys – no problem. But there I was, in the parking lot of the state liquor store.

Less than half a block away was a locksmith. But that would cost $40 and my parents could be there in less time time than the locksmith would and it would be free.

But how would I explain where the truck was, I wondered. There was only one reason for that truck to be parked in front of the only building attached to that parking lot. How could I experience the shame I would feel if my parents found out that their son was purchasing and consuming alcohol?

I jogged over to the locksmith. $40 and 15 minutes later I, a 48 year old man who was doing something perfectly legal, drove out of the lot.

I successfully avoided the guilt and shame of disappointing my parents. Instead, I felt shame for having lived in a religion for 47 years that would impel me to hide the real me from those I loved most. Mormonism values conformity and uniformity in their attempt to make cookie-cutter clones and they use guilt and shame to achieve it.
It has taken two years to begin to live an authentic life of freedom and individuality. I have shed most of the guilt and shame. And one day I will laugh with my parents as I share this story with them. But not today.