I Know This Church is Truthiness

Truth, if you get in a debate with a former Mormon that left the church for so called intellectual reasons the whole topic revolves around it. The fact is most religions declare one way or another they have the truth right from God himself. Muslim’s say it is in the Quran, Jews say it’s in the Torah, Mormons got the Book of Mormon, Jehovah’s Witnesses focus on the Biblical New Testament.1 Catholics claim the whole bible and have a valid argument they were the first Christians. Protestants claim christianity was whacked by Constatine and pick out various parts of the bible to focus on for their particular sect, some more reasonable and some that think holding snakes is proof of truth. To most that are willing to give it a reasonable amount of thought it is pretty obvious that all these claims of truth can’t all be right. While there are things most religions agree on, being nice to others for example, there are doctrinal points that are mutually exclusive from faith to faith.

But what is truth? How can you discern fact from fiction? That is the sermon from the Fridge today, inspired in no small part by this article recently published by the corporation I once relied on to teach me truth. The reason we seek out truth is our need to understand the world we live in. It is a desire to answer 3 big questions. Where did we come from? Why are we here? And where are we going? It’s no small coincidence that these questions center around our birth, our purpose in life and our inevitable death. Everyone eventually contemplates these mysteries at some point in their existence. Religions purport to answer these questions and gather their flocks of people that have similar opinions on these topics. There is no shortage of people willing to declare their ideas, philosophies and doctrines and many of them sound really good. But just because something sounds good doesn’t make it true. We can look no further than your local used car salesman to understand this basic principle. My father summed up the need to remain skeptical of claims with this bit of wisdom. “If it sounds too good to be true, it probably is.”

That brings us to truthiness. What is truthiness? It’s a fairly new word in the English language, so new it has found its way to wikipedia, but not yet a single dictionary. So according to wikipedia:

Truthiness is a quality characterizing a “truth” that a person making an argument or assertion claims to know intuitively “from the gut” or because it “feels right” without regard to evidence,logic, intellectual examination, or facts.

When you learn to discern truth from truthiness you begin to realize that religions are loaded with it! The truthiness I mean. There are great verses of poetry, sublime visuals, and some really intensely moving stories in the scriptures of all religions.2  One thing that is very common is they all proclaim some aspect of philosophy that coincides with some portion of our personal outlook in such a way you can only say it ‘feels’ right.

This tendency for evaluation of a topic based on how it feels in our gut is an aspect of human nature. It manifests itself in another type of informational transference that we call urban legend. If you are anywhere in the civilized world and know what the term urban legend means you have no doubt heard of snopes.com. Urban legends propagate incredibly fast in todays society, thanks to our connectedness. I some times think of it as spam from my less skeptical relatives. Why does it propagate? Because of truthiness. People send it on because it confirms a bias they already have. The last thing they are gonna do is check the facts because that is the last thing they want to do. The result of this? Well, I think it is affecting the rising generation. I have noticed that the younger people that have been raised with google in their lives have a tendency to be skeptical of urban legends. They will fact check them and even at times do the proverbial reply to all and show the facts that don’t agree with the email about the 10,000th executive order the president has issued in his effort to rule the world.

If you think about it the explosion of memes in your Facebook feed is just another example of this love of truthiness that we can’t seem to get enough of. 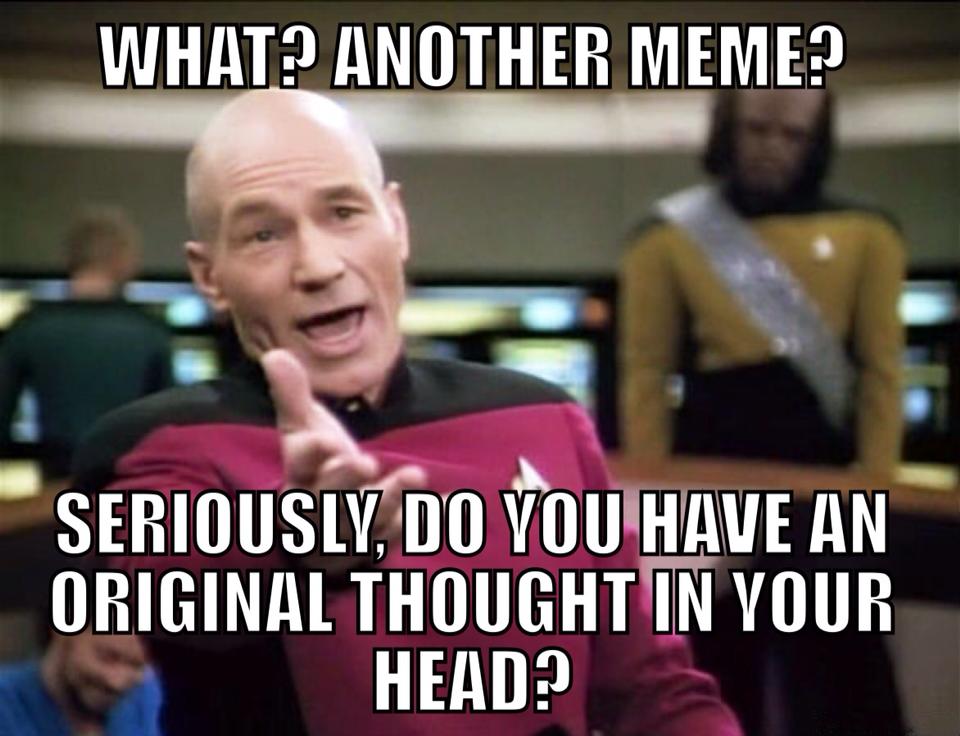 With all these memes and legends flying around, it is no surprise that our youth is developing an immunity to them in the form of quick fact checking? Is it no surprise then than the rise of the information age correlates with the rise in people disassociating themselves from religion all together? 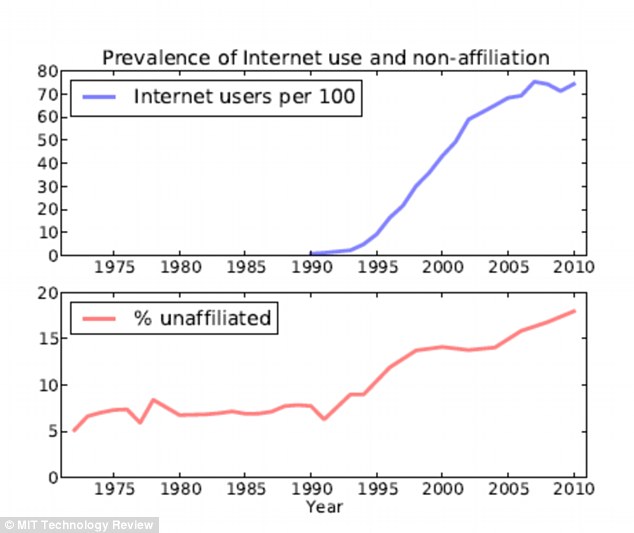 “I prayed and asked God for myself and He told me Joseph was His true prophet. That’s enough for me. Therein lay my defense. If it’s not enough for you to believe after I have witnessed to you, this is for you to figure out. I have nothing to prove to you, but to myself only, and that proof has long been evident to me. Against this defense, there is no offense.”

As you can see he feels it deep in his gut. I would have to agree with him that this is truly the only defense when it comes to believing in any major facet of any religion. He’s also right that as long as he trusts feelings over facts there is no way to ever change his mind. 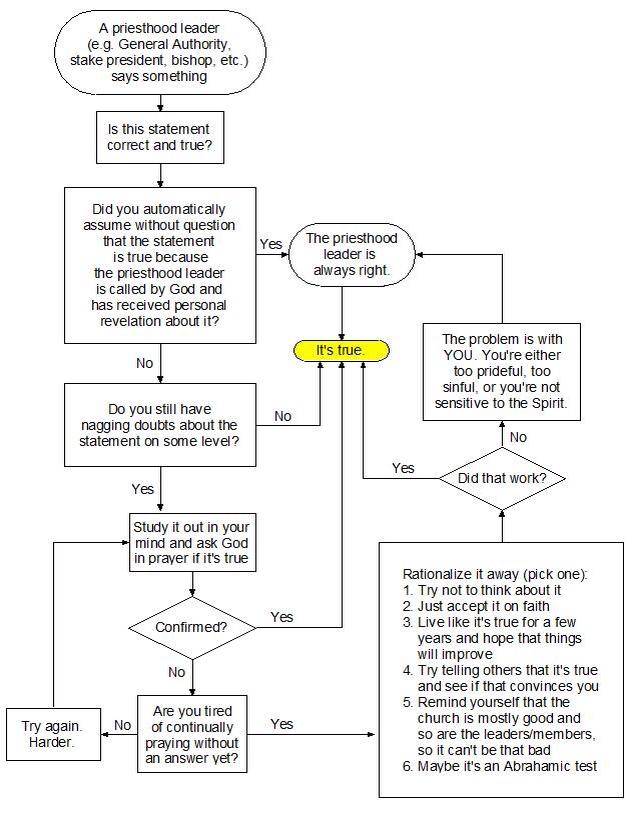 You see before you can test the truth of a proposition you have to be able to prove it false. If all roads lead to it being true, then it is a moot point. After all that is how one knows the Fridge is god is it not?

The fact that the believer is often so radically convinced of his truth that he readily declares that nothing can ever change his mind is unfortunate. Because it is the same reason people follow Warren Jeff’s, it is the same reason Muslims fly planes into towers and strap bombs onto kids. It isn’t logical at all, it is completely emotional. If you don’t believe me, ask a zealous Muslim, or a zealous christian or a polygamist that believes wholeheartedly they are ‘doing the right thing’ about why their religion is true. Think about their answers, and more so think about how you think about their answers. If they are sincere do you tell yourself they must be mistaken? Do you think they are reading into their feelings answers they want to hear rather than the truth? Then ask yourself…

How are you any different?

We are readily able to point out when another person is just seeing what they want to see and yet at the same time incredibly blind in looking at our own failings, here is a bit of truthiness found in Matthew 7:3-4.

And why beholdest thou the mote that is in thy brother’s eye, but considerest not the beam that is in thine own eye?

Or how wilt thou say to thy brother, Let me pull out the mote out of thine eye; and, behold, a beam is in thine own eye? 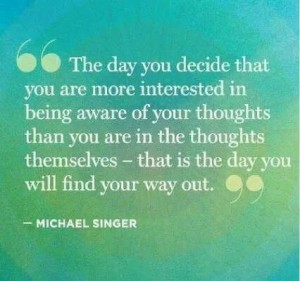 Now this is some truthiness that I am pretty confident is true as well.3 We’d do well to think more about how our own brains are taking in and evaluating information. Do a little googling and fact checking of our own biases to see if there just might be a flaw in our own thinking.

Why check ourselves? Because my dad was right, that MLM might just be selling you snake oil that makes you feel good. That ion impregnated wristband is gonna be just as effective as a placebo. Not to say the placebo effect isn’t at all valid or possibly worth using to your benefit, it just might not be what you signed on for.

Recently I stumbled across a latin version of my dad’s advice. Nuillus in Verba; it means ‘take nobody’s word for it.’4  It was the motto of the Royal Society of London that helped usher in the beginning of the scientific era that has improved all our lives immensely. Pretty good motto for figuring out truth isn’t it? Should one of the peoples word you ought to be doubting be your own? If you think another person can be mistaken wouldn’t it be arrogantly foolish to assume you couldn’t also suffer the same myopic reasoning?

So when a person declares they ‘know’ their religion is true, what they are really saying is they know it is truthiness. The only problem with that is men have been manufacturing truthiness and selling it as a cure all snake oil since the beginning of humanity. If truth, not truthiness5 it for  is what you are looking for, isn’t a little skepticism in order? 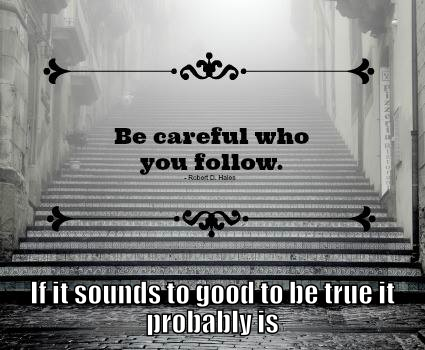