People do not knowingly join “cults” that will ultimately destroy and kill them. People join self-help groups, churches, political movements, college campus dinner socials, and the like, in an effort to be a part of something larger than themselves. It is mostly the innocent and naive who find themselves entrapped. In their openhearted endeavor to find meaning in their lives, they walk blindly into the promise of ultimate answers and a higher purpose. It is usually only gradually that a group turns into or reveals itself as a cult, becomes malignant, but by then it is often too late. When your own thoughts are forbidden, when your questions are not allowed and our doubts are punished, when contacts with friendships outside of the organization are censored, we are being abused, for the ends never justify the means.

When our heart aches knowing we have made friendships and secret attachments that will be forever forbidden if we leave, we are in danger. When we consider staying in a group because we cannot bear the loss, disappointment and sorrow our leaving will cause for ourselves and those we have come to love, we are in a cult… If there is any lesson to be learned it is that an ideal can never be brought about by fear, abuse, and the threat of retribution. When family and friends are used as a weapon in order to force us to stay in an organization, something has gone terribly wrong. “― Deborah Layton, Seductive Poison: A Jonestown Survivor’s Story of Life and Death in the People’s Temple 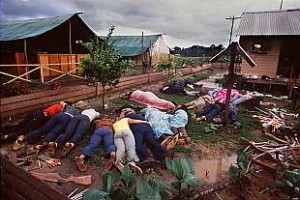 Family Reunions seem to send me into a tailspin every year and then I have some recovery months where I almost forget the nauseating pain that inevitably comes with trying to interact appropriately with my LDS family. When I leave any LDS gathering  I get the impression of leaving the Twilight Zone with the music of Deliverance in the background and the cast of Gilligan’s Island, all fading into the 1960s.

When I was a young girl we did not own a working television for most of my youth. I had heard a lot of hub bub about the television series Gilligan’s Island, but hadn’t yet seen it. So in second grade I determined to do what it took to see the show. I pretended to fancy the perpetual nose miner kid from up the road and eventually he invited me over after school. Sure enough Gilligan’s Island was on, only by this time it was in re-runs. I saw an episode where Gilligan tries to fly off the island with some palm tree fronds and the Skipper ends up swatting him with his hat. The other characters play their typical lines and roles and it was funny, the first time. A week or so later I decided to see it again and after working my feminine wiles on the nose miner he invited me over again. Sure enough, it was a re-run of the re-run that I’d already seen but I didn’t know about re-runs so thought that that one episode was what the whole show was, day after day, week after week, year after year. Even in second grade I could deduce that the fans of Gilligan’s Island were complete idiots and that Gilligan and friends would never possess the collective intellect to escape the island. 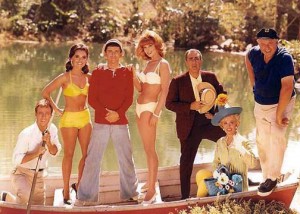 By the time I was thirteen I’d been to the LDS church enough that it was obvious every episode was a re-run of a re-run and I knew that the funky band of buffoons would never get off the island. If there was anything that didn’t fit or make the island look like paradise they would put it under a big smelly rug and place a table and lamp on top and we’d all pretend there was nothing nasty to smell or see oozing out from underneath the rug. It became an exercise in survival and I found some solace in the silliness of the characters and foolish simplistic plots. It got weirder when I became an adult and got roped into the temple experience and then a lifetime of mindless busy work while my kids were little kept me from really examining the plotless writing, the shallow characters, the trite lines and predictable scenarios year after year. I just went along and when I’d find some garbage I’d tuck it under the rug with the other refuse and skeletons and wretched shameful detritus of the islanders.

By the time I was in my 30’s I had outgrown the church and was feeling the suffocation of going along, saying the same lines, wearing the Mary Ann costume, baking pies, never having good sex, and pretending the Professor was interesting or powerful. Besides, Gilligan and The Skipper were always bungling things up and that damn Ginger was always getting all the attention with her bodacious ta tas. The Howells were completely useless.

I tried to convince my family that there was something far off in the mist away from the island that looked really promising and if we could just brave the unknown a bit we could see if there was more to life than an artificial desolate island with very limited intellectual food. I wanted a better show but everyone around me, including my own children liked Gilligan’s Island and if I was going to leave the island it would have to be without them. I knew I would miss them terribly but I wanted to see what was on the horizon much more than the deadening security I felt by remaining on the island.

The only stuff I had to craft a raft from was a bunch of crappy wire hang-ups that were constantly getting all bunched up together and poking me in the ribs. So sadly waving goodbye to them I pushed off on my own. Sure enough, waves of poverty, loneliness, and fear washed over me and threatened to drown me but eventually I hit calm waters and began to paddle my way through the doldrums with the jawbone of a thesaurus I’d found floating nearby. I paddled and paddled and eventually the misty shadow on the horizon became more defined and interesting. 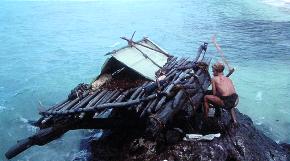 I could see that it was a huge colorful rich and wonderful world, but there would be perils and danger and cruelty and unpredictable things if I decided to land on those wide shores. I missed my family and what I’d known but the promise of the rest of the world and what it offered seemed so much more interesting and a place where I could truly become a whole new character. I took off the Mary Ann apron and found the costume of a liberal bohemian, complete with Birkenstocks, an oily paintbrush and gardening shears.

I tiptoed onto the big mainland, tepid, and afraid, and completely inexperienced with what it offered. I floundered and failed and made all the mistakes the characters on GI told me I would if I left the island. I was a cautionary tale for sure. But then I started to learn, to grow, to blossom and eventually to find that the mainland was actually a wonderful and continually fascinating place that could give me everything I’d ever imagined and more. I found true love. I found art, and history, and literature, and creativity around every corner. I found interesting people and beautiful architecture and places to go that I’d always been told were bad, scary and evil, but really were quite wonderful. I ate new food, saw new movies, listened to new music, met new friends and learned many new things. 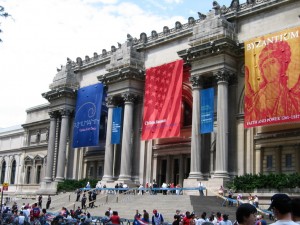 I still missed my family so much. I wanted them to know all the amazing things that abound on the mainland so I loaded my pockets with trinkets and images and got back on my raft of hang-ups and took my jawbone of a thesaurus and paddled way back across the doldrums and wild waves and through the mine laden island coast and came back to Gilligan’s Island. I showed all my trinkets and images and tried to regale my family with the wonders of what I’d seen and learned.

They shunned me, chastised me, marginalized me. They denied that my trinkets were evidence of a wonderful world outside the island. They chastised me for wanting to know more, for wondering, for questioning, for seeking. My mothering instincts and gifts became suspect. They pulled my children away from my influence and warned them of the evils of my trinkets and knowledge. Eventually they told me that if I wanted to stay on Gilligan’s Island I would have to pretend that I’d never seen anything new, learned anything, or been anywhere but on the island. If I couldn’t praise the island and the Professor and various silly characters and say my lines, wear my Mary Ann costume and just bake pies then I would have to leave.

I had to escape the island and go back to the mainland and again I found even more amazing trinkets and knowledge. I thought surely these would be enough to prove that there was more in the world and so after some time I rowed back to the island. This time they saw me coming and built a wall, laced the perimeter with hair trigger land mines and placed guards at the top of the wall. I could look through the gate and see my children and grandchildren and they could come to the gate and touch my fingers, but I could not embrace them without the guards shoving a sharp spear between us. I was not allowed to give them any of the gifts I’d brought. Eventually after days of trying different ways of presenting the gifts I knew that I had to leave again. I shoved off this time, sad that they would never leave the island and eventually they would be eaten by cannibals. 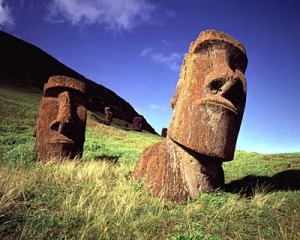 Maybe soon I can swim and make it without the raft of old rusty twisted hang-ups. I will keep the jawbone of a thesaurus. It’s served me well.