The LDS church recently did an about face on the topic of LGBT issues. Check it out here.

Funny thing about this though is in no way do the leaders want this construed as an apology. Dallin H Oaks commented.

“I know that the history of the church is not to seek apologies or to give them,” Oaks said in an interview. “We sometimes look back on issues and say, ‘Maybe that was counterproductive for what we wish to achieve,’ but we look forward and not backward.”

The church doesn’t “seek apologies,” he said, “and we don’t give them.”

I suppose the mountain meadows massacre was counter productive too. But hey the church eventually apologized for that after 150 years. Maybe Elder Oaks means as long as he is alive there won’t be apologies for this doctrine. Because at a minimum it prevent gays from having an eternal mate according to the church and in worse cases causes members to devalue these people as dealing with temptations akin to rape and child molestation.

But hey we want them to have no problems getting a home or a job, so that makes it all good. Because the church understands this whole being treated equal thing, I mean after all they were persecuted for suggesting an alternate form of marriage1 back when temple oaths drove that massacre in the meadows.

The way this whole deal reads to me is like this. ‘In exchange for our support that you all get treated right we still get to tell you God doesn’t want you to live with the person you love here for all eternity. Plus you got to protect our right to hold that view.’

Umm guess what? You already have that right…. It is in the constitution. You know that same one you Mr Church tried to modify back in 2008 when you worked hard to ban these people so much not only from the temple wedding but any wedding at all. So you really aren’t giving anything up are you. Instead you are basically having your cake and eating it too, and yeah saying you won’t apologize for the mess you made.

The more I watch religion in general the more it is like the petulant whiny kid that seems to think the world revolves around them. Religion gets tax breaks because it calls itself a religion. Do gays or straight people get tax breaks? Yet when religion goes too far by affecting policies in ways that are not allowed to by virtue of their own tax breaks they seem to think they are above the rules. Yet when they come to the table after realizing they are losing the battle they need more protection from criticism? Especially when they aren’t giving up a damn thing or admitting any fault? 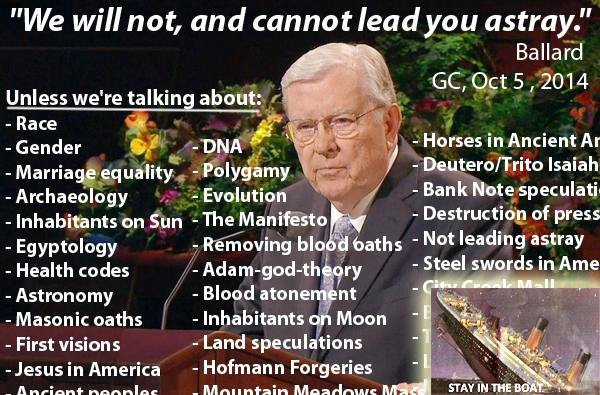 Its like the church is saying we just don’t make mistakes, we just take the wrong approach when we dealt with you people that our doctrine deemed were wrong. Sure we viewed you blacks as cursed of God, or that your sexual orientation was a choice. Yeah maybe were forthcoming about how our founder married a 14 year old girl and lied to his followers about it….Sure we should have used more careful wording. But we damn sure we aren’t apologizing for it!

Because hey its God’s church right, how could it possibly screw up? 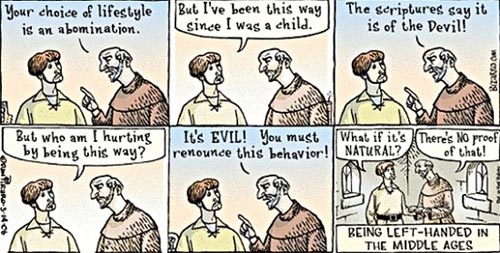