I had an experience when I was 12 that I set aside for a long time. I was about to become a deacon in the church and I had an interview with my bishop to determine my ‘worthiness’ to have the priesthood. I entered the room there was a chair in the center, he gestured to the seat I was to sit in and I did so. Then it got strange, he pulled up another chair and put it in front of mine and sat down. Our knees were nearly touching. He leaned forward staring me deep in the eyes and put his hand on my knee and said. “Profet* when was the last time you masturbated?” I was aghast, I had never ever done that and I told him so. He stared at me for what seemed like forever eyes darting back and forth as if it might make me confess some deep sin. I had nothing to confess though because I hadn’t done anything like that. I had to be interviewed by this bishop many more times as I progressed into my teenage years, each time the questions got more probing and more upsetting. He asked me about petting and bestiality, both words I didn’t even know what they meant at the time, but no worries, he was more than willing to describe them to me. Looking back from a vantage point of a few decades of life and a new belief system. I have a couple of points that I now ponder.

Did this exposure make me more interested in all the ‘evil’ things such as pornography? I know for a fact it affected my belief in the church and God because one of the things he taught me in these interviews was that only the people that made it to the highest celestial kingdom got to have sex in the next life. I remember vowing back then that I’d be temple married because there was no way in hell (pun intended) that God was gonna take sex away from me for eternity. He declared to me in these private meetings how awesome sex was once you were married, but how here and now if I were to engage or even be tempted there would be eternal consequences.

Here’s the thing. It’s not so enticing anymore… Now that it isn’t on the ‘prohibited’ list I find that I am not constantly battling my evil thoughts about how cute that girl might look naked. Personally I think the very act of prohibiting it makes it something we want to have. Once having it isn’t an issue, well then its no biggie. I think that my leader in his efforts to protect me from the world and teach me bluntly about all the awful sins to avoid probably helped make it a bigger deal in my life than it might have been.

The other thing I realize from my new vantage point is that that leader really shouldn’t have been talking to me like that at that age. I know I wasn’t the only one he talked to like that. My brother confirmed similar conversations, so did many of my friends. Looking back I realized now with my own children that if a school teacher had a similar private conversation with my kids I wouldn’t even consider allowing it. And if they did it as their prerogative without asking my consent I’d even consider a lawsuit. That’s why when my daughter was about to be baptized my wife and I insisted that we be there for the baptismal interview. I was still trying to believe at the time, doubting my doubts strongly. However I did know for sure I didn’t want my 7 year old little girl fielding uncomfortable questions that I had. Thankfully her interview went without a hitch as we sat in the room while she was interviewed, I did get chided as a parent for letting my daughter decide for herself in some of the answers to the questions without my prodding her and them not being the rote expectation of the bishop. She was still deemed worthy of baptism and I performed that ceremony a little before I completely lost faith in the religion.

Fast forward to today. A friend on one of the discussion groups I frequent posts a recording of his discussion about what is and what isn’t appropriate for a bishop to ask a kid about to be baptized. Of course I was going to listen. I don’t see how I couldn’t, as you can tell this topic is an emotional one for me. Here is a short summary:

The background, a 7 year old boy turning 8 is getting ready to be baptized. Mother requests that the bishop in the interview does not ask any questions in regards to masturbation. Bishop tells mom she is wrong to question his authority on the matter. She goes home crying. Dad who is upset by this turn of events requests a meeting with the bishop to discuss the matter. Dad records it. Once I heard the singsong sweet voice begin to justify his calling and right to talk to a child like this. It triggered my memories of uncomfortable interviews with church leaders. I recognize today the signs of psychological manipulation, let see if my good readers do as well.

Listen as the bishop thumps the desk to make his point and hear the emotional plea in his voice for the dad to let him talk to his son about ‘touching himself’. Hear the simple statement that if the bishop is not allowed to ask these questions then the boy won’t be baptized. Put yourself in this dad shoes as he repeatedly asks for leniency on this topic while the bishop is unwilling to yield.

Why is this leader not willing to leave it out of the discussions as others have? Well that comes up in the conversation too. He states unequivocally that the other bishops are not doing their job right. According to the training he has received and according to the stake president, his leader, he is in the right on this thing.

Listen as the dad repeatedly stands by his decision to not allow his son to experience this, he is willing to reconsider the baptism of his son if this is part of the requirement of an interview for an 8 year old kid. Seems to me that the bishop really wants him to simply submit, right up to the end.

The leader talks about that mantle he has to wear. My leader in the example above often talked about his mantle as a judge in Israel. I even saw him in person just a few months ago at a reunion of friends of the town. (It was at his house because his daughter was our age) as adults now my teenage friends joked about his penchant for asking these questions and he in the same type of low strong whispering voice on this recording declared it was his prerogative as a bishop at the time and his mantle to be able to look out across his congregation and know what people were suffering in sexual sin and whom to confront with it. In the same low, emotional, strong, reverent, whisper as this recording he said that he did his job even though he wouldn’t wish it on anyone but it was a great experience as a bishop.

My skin crawled when I heard him that day because of those uncomfortable conversations of my youth. It crawled again when I heard this recording because the voice was so similar, I have heard the same type of voice from my most recent stake president who I am sure feels the same way about his mantle.

Listen to this tape and you can hear subliminal threat after threat things like, … sure you can talk to the stake president, but he might say I’m not being forward enough and that is a risk you take dad.  He clearly states that it is policy of the church he is enforcing, not by his choice but it is the church telling him he has to broach this topic.

Ultimately the argument he makes is the world is a bad place full of child molesters, addiction and sin. That is the reason it should be ok for a bishop to talk to 7 and 8 year old kids about touching themselves. The logic is so illogical I simply can’t see why he asserts that…

Part of me though does understand it. When you think it is God’s will you are willing to discount what you know inside just isn’t right and do the awful thing you otherwise wouldn’t do. Is there anything different in this bishops assertion he must query a child about masturbation than a muslim that is willing to drive a plane into a building? Other than a level of damage done to fellow human beings, I don’t think so. In both cases they feel it is their duty, their right, their mantle to carry to the end. That is the danger of religion that is how religion knows no bounds. 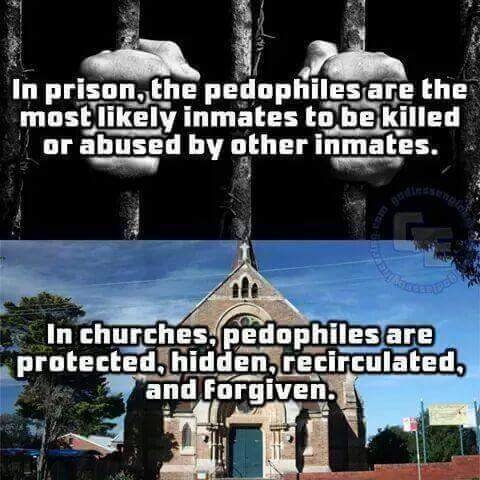 * names have been changed to protect the innocent 🙂

I suggest listing to the voice though, at least 9 minutes in so you can hear the psychological manipulation and recognize it. I honestly don’t think most leaders even recognize it for what it is they just pick up on it as they are trained in meetings as to how influence their congregation.