No one is sure when it started, sometimes these things just happen. Personally I remember it different than she does, as to who fired the first shot we will never know.

It’s the little things that make a marriage fun I thought, as I looked at my wife and squeezed a bit of toothpaste out of the tube and then handed the limp skinny tube to her one morning. The moment our eyes met we both knew… it was on! I had handed her a tube that was pretty much gone. It was a simple premise, the person that couldn’t 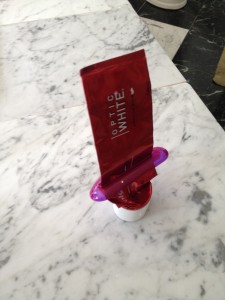 get enough toothpaste to brush their teeth and succumb to that fact by getting out a new one would lose. The winner would bask the the fact that he or she didn’t need to dig through the closet for a new tube.

In the first battle, I was willing to go for days brushing my teeth toothpastlessly just to win! I was sure her OCD would kick in sooner or later granting me eventual victory. I smiled to myself the day that I opened the drawer and there was a brand new tube of minty freshness.

In the second battle I decided to get more creative, I wasn’t going to brush without toothpaste, that was cheating (or so she had told me!) I would some how get out that last little drop even if I had to cut open the tube! Again I was awarded the satisfaction of victory.

She wasn’t done yet though, my wife found a gadget at the pharmacy that would squeeze the tube completely flat, eventually I conceded defeat and replaced the flaccid tube.

This bit of fun became a battle of wits that I looked forward to every time the tube of toothpaste tube showed signs of thinning. So this most recent battle royal was really fun, every day when I opened the drawer I saw the tube just a little more empty than the last, each time I found a way to get just a little more out! Just a little more, I wasn’t going to 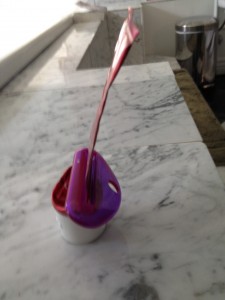 lose this time! For a week this went on, longer than ever before, “wow she is doing amazing this time I thought.” Never in all our battles had she had such resolve. Each day I would nearly consider admiting defeat and yet found some way to get just a little more out of the tube. “I’m not giving up I thought to myself, never!” I was particularly energized this time because I was reasonably sure that there wasn’t a new tube in the closet and the loser would have to actually go to the store. It would be an epic win if I could just hold out. Admittedly, it was getting hard though. Thinner and thinner the tube became as each morning I marveled at how she had gotten yet one more bit of the minty stuff out leaving me to try even harder.

Then early one day as we met in the bathroom, I declared. “You are doing awesome in the tooth paste war, I may have met my match this time!” She looked at me, and I saw a little smile at the corner of her lips as something obviously just dawned on her. She didn’t say a word, just opened the drawer as I looked on and took out the small tube of extra sensitive toothpaste she had apparently switched to a couple weeks ago and put a dab on her toothbrush.

Yeah, I may have won the battle, but she obviously won the war…