Do you hear the whispers in the church hallways?

Those sinners got what was coming to them. Sooner or later the price of sin must be paid. You are free to choose, but not to choose the consequences of that choice.

In any discussion I have had where I have pinned down the believer and forced them to look squarely at the core morality they hold the comeback is always the same.

You’ll get yours, God’s gonna damn you for such insubordinate behavior!!!

That is when the fear shines through. When you realize in a single swoop the real reason they worship a being that tells Abraham to kill his kid. The reason they revere a supreme being that they believe that is willing to kill millions of children by drowning them because they didn’t worship him enough. A reason that is fundamental, that is basic, that is emotional. The reason is fear.

It’s that same fear that drives these whispers when people whose lifestyle offends their God are a massacred in a gay bar in Orlando.

They had it coming to them…

Really? I mean really? Did the kids in Sandy Hook Elementary have it coming to them when they were killed? How about the babies drowned in Noah’s flood? Did they have it coming to them? I’m beginning to think you believe those kids deserved it. Why? Because when you are forced to look directly at the morals of the being you worship, you don’t say this is wrong. Instead you tell me I’m gonna get what I deserve. For what? For pointing out the atrocious morality of the being you worship?

Maybe it’s time to try and not be afraid, maybe its time to shelve the fear and instead of seeing ‘other’ or ‘different’ or ‘sinner’ you can simply see another human seeking the same happiness and fulfillment that you are. 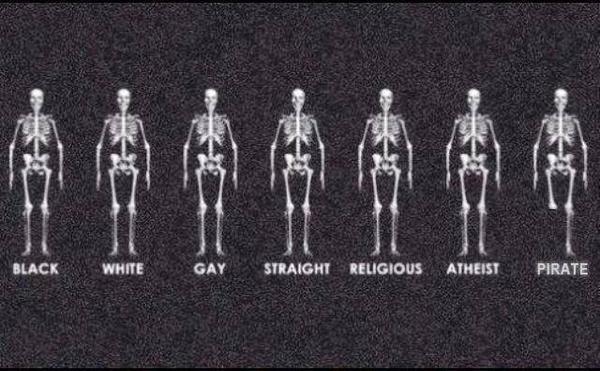 Can you find the courage to face your own God’s condemnation of these ‘others’ and step up to the plate and declare this thing as morally wrong as you would if it were your own kid killed in that way?

Can you just for a moment put yourself in their shoes and give them the same benefit of the doubt you’d want if the tables were turned?

If it happened to you, you’d like a little sympathy right?

Don’t you think they deserve it too?