I loved Alma 32. Why? Because it is an experiment! Being a engineer and inventor I am constantly learning new things by experiment and test. This has been that case since I was a child. My mom likes to talk about the time when I was 10 and how I took apart her mix master that didn’t work, she was sure it would never work again after it was in pieces scattered all over the kitchen table. Things were all torn apart, it was a complete mess as I studied each piece figuring out what that part did.

In my life as I grew up I took the same approach to the gospel. I followed Alma’s advice over and over again, I would read the word, study it and pray about it. If I felt tinges of unbelief I pushed those aside and pleaded for a testimony. I got one too. A burning strong testimony that I relied on to serve a mission, to get married in the temple and to follow the brethren. Whenever doubts came along I would push them aside, I would doubt them. Alma warns you of casting out the seed of faith by your disbelief and I surely didn’t want that to happen.

Doubts don’t just disappear on their own though, they have to be resolved or set aside. I think this is where the shelf comes from. The shelf is a metaphor for dealing with unresolved doubts. I have heard it describe as a file folder, or a box. The description is always the same. The thing that bothers you, it goes there. Usually it is a piece of information that doesn’t make sense to you. If you think about it bothers you. If you studied it and gave it more time it would make you doubt more. So you put it aside. You think, someday in the next life I will ask God about this and it will all make sense then. For now you tell yourself I choose to have faith and simply believe. You say, I am sure it will all workout in the end for I believe God is just and will judge accordingly. When you shelve a doubt, you actively choose to have faith in spite of reason or evidence.

If you are really good at ignoring your doubts, instead choosing to just believe you can almost completely forget about them until one day you will be reading something and they will come pouring back. The more things you put on your shelf the more work it takes to flood your mind with conference talks and scriptures and church approved messages to keep the doubt at bay. Ignorance truly is bliss. These days my advice to those who want to keep their religion because it makes them happy is the same as the brethren, ‘don’t look behind the curtain’. Don’t let that driving need to know the truth cause you to investigate. The shelf is far easier to keep up the less things are on it.

There are some people out there though, not just in the religion I come from, but in other religions as well. People that feel like truth, not just complacency is a goal of its own. They often feel like a lone voice, if they speak up they get smacked down because their words are contradictory to the group they come from. The reason for this blog is for those out there that have tried to resolve their doubts rather than simply ignore them. Its for those that have looked for answers from their religious leaders and the only advice they have been given is to:

‘doubt your doubts before you doubt your belief’ – Max Lucado 2003

The more recent advice from Elder Uchtdorf changes the word belief to faith but the message is the same, it is an invitation to set your doubts aside and have faith in spite of them. It is advice to put those doubts on a shelf. Instead of digging for the truth he is telling you to have faith that it will all workout and one day in the future all those doubts will just melt away. To many that have left their faith this advice rings hollow for one reason. That is exactly what they did for a long time. I doubted my doubts over and over again for years. I put them on a shelf, I buried them away and ignored them.

The advice from believers that keeps hitting this board in their testimonies is to just have faith, to choose belief instead of tossing out the ‘good seed’ that Alma talks about. We have done that. I wish I could help those that wonder at the likes of us that don’t believe anymore, I wish they could understand the advice they are giving is advice we have followed already. Facing the loss of your religion is not an easy thing at all. In fact I think for most it is extremely difficult. Please understand this.

We didn’t want to stop believing.

In most cases we fought for our beliefs tooth and nail. We doubted out doubts by spending tremendous amounts of time and resources looking for the elusive bit of truth that would make it all fit together. We looked tireless for the evidence that seemed just around the corner. We followed Alma’s advice over and over until one day we had an epiphany. If you look closely at the experiment detailed by Alma, there is only one possible outcome to the experiment. You can’t have a negative result because then you are wrong. Could you imagine any scientist taking this approach to research? Would you go to a doctor that was so sure of himself that he would tell you to not get a second opinion?

The deck is stacked in Alma’s experiment, the dice are loaded. Its rigged. Realizing that allows you to consider the evidence you have used for your testimony in a new light. Reason dawns on you like a sunrise when you realize that Truth is Truth, no matter what you or anyone else believes. Truth lives outside of the realm of opinion and squarely in the realm of fact. If belief has no effect on reality, then neither does doubt. Truth simply is.

I don’t know how to explain how strongly this epiphany hit me. It was as if I could step back and simply observe the world in all its splendor and beauty. All at once  I felt completely free to think for myself, there wasn’t this nagging voice in my head telling me I needed to impose another persons view of reality on the universe to each detail according to a belief system given to me by another. I got to be me for the first time. I thought for myself completely. There wasn’t a corner of my mind anymore where someone else did the thinking and evaluation of reality. It was as if light poured forth from darkness and the whole world seemed new again.

Wonder is the end result of getting past the fear of not knowing. For the one thing that keeps you most firmly entrenched and willing to not realize that Alma’s experiment is rigged, is just fear. It is that fear of the unknown, the fear of not knowing that makes us so willing to believe things in spite of the evidence. Beyond that though is wonder, amazement and discovery of how things really work. There is joy in knowing that new information can change your mind on any topic. You don’t have to shelf things that don’t make sense because it is different that the paradigm you were given to view the world around you. You can simply change the paradigm. Once the shelf goes away true freedom of thought enlightens your being.

Reality doesn’t need believers to be true. It is simply true, testable checkable, verifiable by believers and non-believers alike. Is there still wonder? Yes! Can you still exercise faith in the face of unknown? Yes! The only difference is you don’t have to set aside reason and stop thinking and learning just to keep believing. Truth doesn’t fear doubt. It has no need to because doubt can’t make it untrue.

Oh yeah and the mix master I tore apart on the dining room table? After examining each part, looking for what looked broken, what didn’t make sense and fixing that. I put it all back together and voila! It worked. The Fridge blesses those that try to learn for themselves, especially when it comes to small appliance repair. 🙂

***
“If a faith will not bear to be investigated; if its preachers and professors are afraid to have 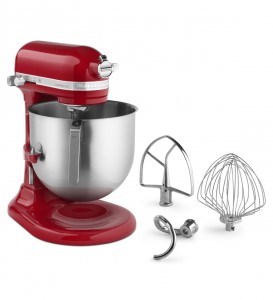 it examined, their foundation must be very weak.”