Who Moved My Marriage?

So I wrote on this topic a year ago last March. Bringing up a popular book called Who Moved My Cheese and gently prophesying as follows;

“Maybe, just maybe these guys are as wrong about what God wants today as they were in the past. They certainly missed the boat on interracial marriage, seems possible that they are a product of their generation now just like we are told today1 earlier leaders were of theirs. If you consider the idea that these guys could be wrong then, hopefully you might open up to a different way of looking at things and then accept that change isn’t always bad, even if your first inclination says otherwise. Then you might also see the writing on the wall.”

If you haven’t heard of this book and the moral of the story take a moment and check it out.

Haw teaches an excellent principle in this short story for those that fear the results of gay marriage.

“when you move beyond fear you feel free” -Haw

So today the writing is on the wall, and the only reason you can’t see it is fear.

In regards to the ruling the justices penned the following:

“No union is more profound than marriage, for it embodies the highest ideals of love, fidelity, devotion, sacrifice, and family. … [The challengers] ask for equal dignity in the eyes of the law. The Constitution grants them that right.”

They realized that just like in 1967 when the court ruled interracial marriages could not be banned by the states under the constitution that this case was no different. So in spite of the outrage of religions like my own previous faith they ruled that black and white marriage could not be outlawed by the states.

Of course not everyone is happy with the decision, there are still Hem’s amongst us. People that have a difficult time with change. I have even seen friends of mine call for civil war because of it.2 If you think the world is coming to an end I implore you to stop take a deep breath and ask yourself why you fear that?

What is it you are afraid of? Is it that civil war my buddy called for? Guess what, it’s not the rainbow crew calling for that, it’s the religious nut jobs. Think about that… What is it you are really afraid of? Your own religion starting a civil war because ‘God said to’? I kind of doubt it. Personally I suspect at its root you simply fear change.

It is natural to fear change. Some are born with a bigger dose of this that others. I tend to accept change myself and make the best of it, but even so I’d like to add a personal experience.

You see my kids have a friend that is gay, he announced it just before I started questioning my own faith. And at that time it kind of freaked me out. I feared that my boys when they hung out at his house would end up ‘in trouble’ so to speak.3 But I soon realized I was wrong. Also over time I questioned my faith and that in turn caused me to question many notions that I’d picked up from it. After my wife and I left the church, one of our closest family friends (for over 15 years!!) revealed that she was a lesbian. We had no idea, honestly it kind of freaked us both out. I will admit I was afraid of gay people. But you know what? We stayed friends and nothing changed. My boys weren’t hit on by their gay friend. Our lesbian friend didn’t try to seduce my wife. Totally counter to my fears, boundaries were completely respected and recognized. Turned out there was nothing to be afraid of.

Nothing at all. Recognize that back in the 60’s some of the states were banning interracial marriage and the supreme court ruled that unconstitutional as well. 50 years later look at society today. Did you lose the right to the kind of marriage you want? Not in the slightest. Churches today can still be as bigoted and divisive as they want. You can even kick a person out of your church if you don’t like the color of their skin. Churches haven’t lost a single right.4 All that happened is some people that disagree with you got to have the same right that you already have. Why do you fear that? Seriously tell me why, comment below and let’s examine the roots of those fears and see if they truly have any foundation at all.

For verily thus saith the Fridge. When it comes to same sex marriage, it is just like interracial marriage, there is nothing to be afraid of. 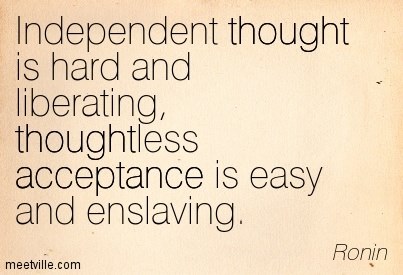