Ladies and gentleman gathered together in this great worldwide kitchen, I would like to testify to you of that great frosty spirit that speaks to the hearts of the profet and the 12 popsicles. We often see that our messages share a theme and by that we know that the spirit of Jack Frost has delivered to us a message that is important for our lives.

Our profet shared recently how his tender feelings toward his daughter helped him make the courageous decision to leave the LDS church. When someone with children decides to abandon the LDS religion, their faithful friends and family often wonder, “What about your kids?” Dear friends and family, our kids are often the very reason why we finally leap into the great abyss of the post-Mormon world. Perhaps we could keep up appearances for our own sakes, but when we contemplate dragging our children into the murky waters of LDS doctrine and culture we realize we can pretend no longer. It is simply too dangerous to the beautiful, vibrant people they are and have the potential to become.

Our profet was not the only one thinking about his offspring over the last few days. I have three daughters in addition to my first-grade son, whom I mentioned in my inaugural post. My oldest daughter turns twelve this week. Were we still attending the LDS church that would mean Sunday she would be welcomed into the Young Women’s program. As a woman who spent six years as either an advisor or member of a Young Women’s presidency, I know the program and the culture well. With my daughter’s twelfth birthday approaching my mental wheels have been turning and this is the letter I have written to her. You can lay it side-by-side with the profet’s letters to his children and see how parental love influences those of us who turn away from the faith of our upbringing.

Dear Oldest Daughter, About to Turn 12:

Because you are the smartest, most terrifying, and most amazing girl I have ever known I will be honest with you: I am so relieved you will not be starting the Young Women’s program next week. It would have crushed the girl you are in order to make you the Mormon girl you “should be”.

In the Young Women’s program you would have learned that a woman’s place is in the home, nurturing and caring for her children, of which there should be as many as she and her husband can handle. Before you had a chance to develop dreams of your own, your future imaginings would have been molded and shaped until they involved a vague university experience, followed by a young marriage and stay-at-home motherhood.

In Young Women’s you would be taught that education is important, because someday you will be a mother and you will need an education to teachyour kids. And what if something happened to your husband and you were forced to work? What if you can’t have kids and you have nothing worthwhile to do other than work? What if you (okay, not you but someone sort of like you) got divorced and were compelled to work or face poverty? Well, then, you’d wish you’d gotten an education, right? You would learn that for a woman, a career is a backup plan and little more. Whatever your interests and passions are, whatever your intellectual or creative capabilities, nothing you can do is as important as being a mother. For some reason boys are simultaneously capable of being fathers and having careers, but for a woman that isn’t possible. A woman who works because she wants to when she has young children at home won’t do either thing well and is sinning. 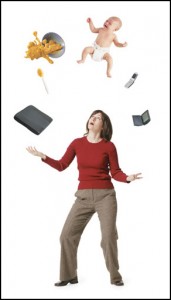 You would have learned that because you are a woman you are unable to hold the priesthood. You would have been taught that it’s okay, because you’re so gentle and sweet that you don’t need any special powers to give you access to God (never mind that no one in their right mind would ever call you gentle and sweet, dear spitfire daughter of mine). You would have learned that to question the division of leadership in the church on strictly male/female lines would be to question the prophet, yea, even God himself, and that would be horribly wrong, so you should never do it.  Men have the priesthood, women have motherhood, and that’s all there is to it.

You would have learned that your body is something to be hidden, maybe even something to be ashamed of, and that it is a horrible thing to let other people see it, especially boys. 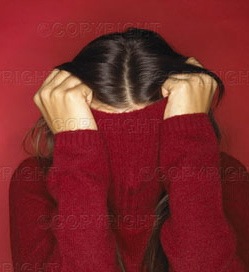 You would have learned that it’s okay for an adult male you don’t really know to meet with you in a small room and ask you questions about sex. You would believe that if you ever touched a boy or let a boy touch you, you would need to go alone into a room with this man and tell him everything you and that boy did. In detail. Because that would be the only way you could be forgiven of such a horrible sin.

You would have learned that sexual sin is the sin next to murder. That’s because sexual feelings can lead to the creation of another human being, and is the means by which God sends his special spirits down to earth, and that any act that incites sexual feelings is a sin. As your body begins to develop normally and sexual feelings emerge in all new, powerful ways you would be told that those feelings are bad unless you are married. And don’t go thinking that just because you can’t sexually explore another human being you are allowed to sexually explore yourself in the meantime. Oh no. All of that, your body, the other person’s body, all of it, must remain a total mystery until your wedding night. And then you will have the most sacred, amazing, spiritual sex and Heavenly Father will be so happy.

You would be taught that homosexuality is a grave sin and that same sex marriage is a major threat to your beliefs and the future of civilized society. You would learn that someone who is gay probably chooses to be gay. But being gay is okay, sort of, if the person never, ever acts on those feelings. A gay person must live his or her life in complete romantic isolation, with no hope of romantic partnership or sexual release. Difficult as that would be, it would be worth it because then the gay person could go to heaven where Heavenly Father would cure his or her homosexuality.

In Young Women’s you would be taught that marriage is your ultimate end-goal. Once you have dated a boy for a few weeks and are ready to be wed, the temple is the only place on earth that you should get married. Your wedding there will be the most amazing day of your life and a wedding anywhere else would be a bitter disappointment. You would learn that it’s okay if some of your friends or family members can’t be there because they aren’t active, tithe-paying, worthy members of the LDS church. That’s a choice they make and if that means they can’t see their child/sibling/grandchild/best friend be married, then so be it. It’s their own fault. You would learn that the only way for you to be with your family again is to be married in the temple. You would not learn beforehand what promises you would make. You would not be prepared for anything you would see or do once you are inside and you would not be able to discuss what goes on in the temple with anyone, thus leaving you to ponder your concerns for years, all the while believing there is something wrong with you because you don’t “get it”. You would be taught that if you are married in the temple, and you and your husband and all your kids stay righteous then you will be together forever. Anyone who screws up will be left out of heaven. Making bad choices or turning your back on the LDS faith means that you lose your family forever.

You would learn that you got to come to earth and be in a Mormon family as a reward for being so good and righteous in the pre-existence. This means wonderful things for you. You might at times question what that says about people who are born in third-world countries without the LDS church. You wouldn’t think too much about it but you would realize that on some level that makes you superior to them. You’d feel bad for them but you’d know they deserve what they’re getting right now. Maybe you would hope to go on a mission and teach them so they could be happy like you. 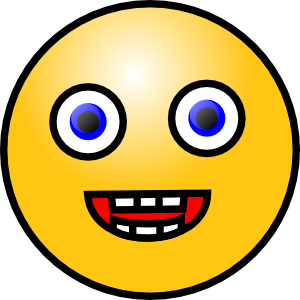 You would learn that if you want to have a testimony of something you should bear your testimony of that thing, even if you don’t believe it’s true yet. If you want to know if something is true you pray about it. If you don’t get the answer that it’s true you keep praying about it. Maybe you fast and study your scriptures more. If you still don’t get the right answer it’s probably because you’ve done something wrong and you need to repent so you can feel the Spirit. So you repent, pray, read, fast and bear testimony and if you still don’t get the answer that it’s true then maybe you just need to set it aside for a while until some later day when you’ll understand things better. You would learn that the church is always right and if the spirit doesn’t tell you that then you will always be wrong. 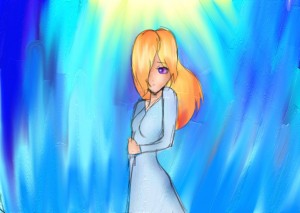