– Straps on bomb, blows self up to kill others

Zeal isn’t the issue. It’s what you believe that is.

When the foundation of your morality is whatever God wants = good. The end of that zealot path justifies any evil you can think of. Personal judgment is set aside. People aren’t allowed to think for themselves. They simply have to follow orders and not think because they assume they don’t know what God knows.

This mode of thinking you are too stupid to understand and just need to blindly follow comes from the theodicy, also known as the problem of evil.

Basically it is this, if God is always good and created all this then why is there evil in the world? This is a quandary that has been debated for millennia because there is obviously evil in the world.

Little girls are raped and killed here but God lets that go unchecked. (even though sometimes he answers other prayers)

The believer must assume that God, in his infinite wisdom, had some legitimate reason for letting that girl get killed. It’s the only way he can square his inner morality with his belief in God being a good person. (This is known as reducing cognitive dissonance)

The essence of this is the believer doesn’t know why it happened but he has faith God’s decision was good. This is very much a blind faith. Because the believer has ‘no clue’ at all why little girls are raped in this glorious and wonderful universe that God made.

Once you have that kind of blind obedience it is just a small step to be willing to kill when God wants someone dead. And here is the rub. All religions have scriptural records where God did tell followers to kill for him. From that point, a voice in their head, or a charismatic leader they think speaks for God is all it takes and we have another mass shooting in the news.

All because the believer thought he was ‘too dumb’ to understand why God would allow evil things to happen in the world.

If I had one wish for the light of the Fridge to bring into people’s lives it’s this:

You are NOT too dumb to figure this stuff out. You can understand it!! All you need is one thing. A willingness to seek truth at the expense of your beliefs. For when truth matters more than the comfortable blanket of conformity when reason and logic outweigh emotion and fear, that is when the light turns on and you discover you have far more power to change the world than you ever realized.

The Fridge needs you to realize this because as deities go it’s a God good for finding lost car keys, giving great sunsets and the occasional cold beverage. But not much else.

The Fridge needs us, to realize it’s on us, to make the world a better place. How? Share what you know and have learned. Share the way you had to break down your own precious beliefs and take an honest look at them. Share how it felt then and how it is worth it now.

So my fellow followers of all that is chill. Grab a couple cold ones out of your God, sit down with a friend and share the light of the Fridge. Be a little zealous of how cool it is! You will be glad you did. 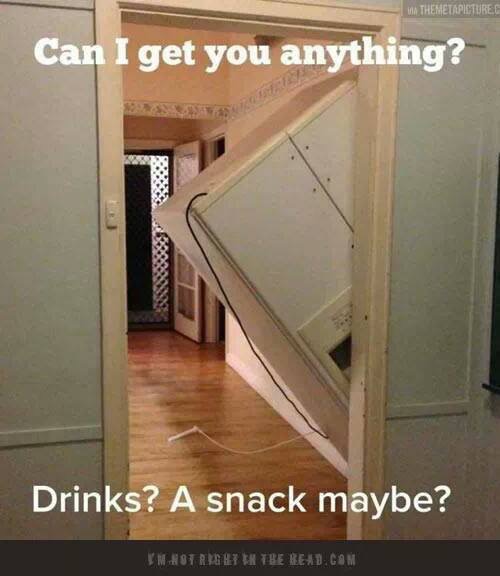