But Polygamy was a Commandment!

Last post we discussed the normality of young brides and polygamous unions in the 19th century. Once the difficulty of lying about it is pointed out to the Mormon faithful most will retreat to the final bastion of all religious when pressed with assessing their faiths morality. They will say something like, ‘it was a commandment’ justifying it because God said so.

In fact apologists are fond of pointing out this quote from Joe the prophet himself implying this defense:

That which is wrong under one circumstance, may be, and often is, right under another. God said, ‘Thou shalt not kill’; at another time He said, ‘Thou shalt utterly destroy.’ This is the principle on which the government of heaven is conducted—by revelation adapted to the circumstances in which the children of the kingdom are placed. Whatever God requires is right, no matter what it is, although we may not see the reason thereof till long after the events transpire. – Official History of the Church, Vol. 5, p.134-136

When you think of Abraham and Issac or and how God flooded the whole planet killing babies, this sort of makes sense. The believer tells himself, ‘sometimes God does stuff I’m just too stupid to understand.’ And that makes it ok to shelve the thoughts that are causing cognitive dissonance.

In fact when your own spiritual feelings are screaming wrong, wrong, wrong to you, what is the counsel of LDS leaders? Just shelve it. 1

Wait a minute! Wut? Aren’t those very feelings the ones we are supposed to use to find truth? Apparently not if they are telling you the LDS church isn’t the #onetruechurchonthefaceoftheearth

But moving on. I think there is some merit to revealing exactly the situation in which Joseph Smith said these words. 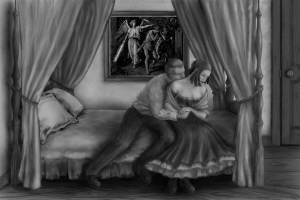 You see Joe was trying to get Nancy Rigdon to be yet another of his wives and she was not at all interested in the idea. In fact it lead to a blow up over the whole situation where Nancy said:

“if she ever got married she would marry a single man or none at all.” Grabbing her bonnet, she ordered the door opened or she would “raise the neighbors.” She then stormed out of the Hyde-Richards residence. (Sidney Rigdon Biography by Richard S. Van Wagoner, p.295)

So did you know that it was specifically to get under the skirts of a reluctant woman in Nauvoo that the idea of God commanded, it so it must be ok was such a core teaching?

Eh, maybe now that I think about it that is the underlying assumption right? So what is different between Joe and Warren then?

Imagine for a minute that you were a bride of Warren Jeffs. Imagine if your family and church leaders all pressured you to do this thing that felt so wrong. Imagine then if you were told not to doubt the leadership of Warren the prophet. To stay in the boat. That if you bail on this religion that you are risking eternity with your family and that you’d never see them again. That if you stood up and said no, this isn’t right you were a taffy puller and not capable of commitment.

Can you see how hard it would be to leave the FLDS faith? Can you see how even today there are followers that are so sure they are doing what God wants (even if in their heart they find it abhorrent) that they still comply?

If so you can see exactly how religion can mislead you. It promises amazing things for compliance and terrible consequences for not doing EXACTLY what you are told no matter how bad it feels.

The hardest question to ask though is this:  What if is has already happened to me? 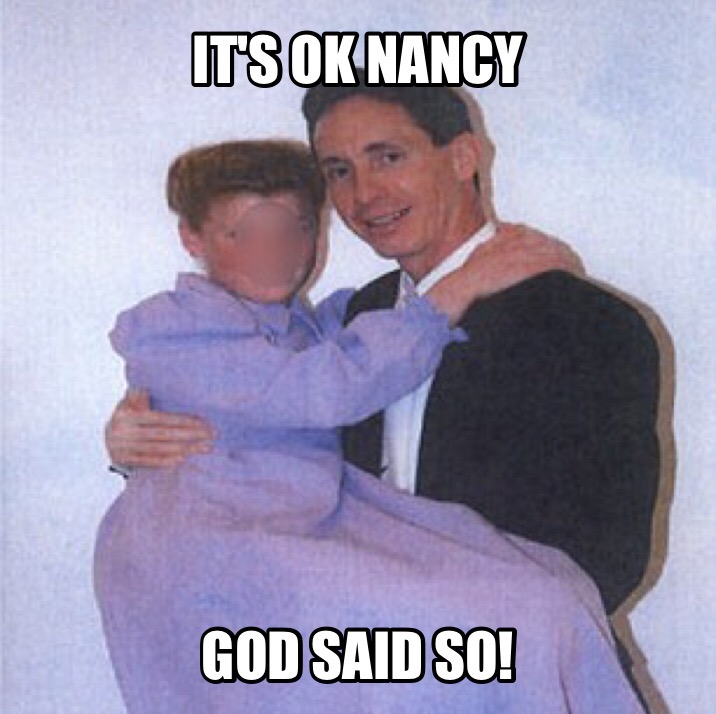