It Happened Again, I got to be part of another Magical Godless Christmas.

If you have followed this blog for over a year you might have read this http://churchofthefridge.com/the-magic-of-myth/ it is sorta required reading to understand where I am coming from today.

Me, a godless heathen outcast that is totally willing to mock the divine by pretending to worship the unpretentious appliance quietly humming along in the corner of my kitchen… I love Christmas. Thanks to my parents. My earliest memories of this time of year were  of giving my favorite toy I’d just gotten from santa to the child of a family that didn’t have anything. I remember they had the branch of a tree for decoration which we replaced with a full one I helped my dad put up.

For me the spirit of christmas has always been about giving. These days I don’t think the baby jesus story is any less mythical than the jolly red elf that flies from house to house in a single night. It is baloney, but I realize all fiction is baloney. That doesn’t prevent it from inspiring me to overcome my weaknesses or help others in need. Just look at Emmet, the lego guy and how his magical world makes you feel that everything is awesome.

This is why I love participating in the Santa Underground formed by a few fellow apostates, outcasts and Fridgidarians to do something nice this time of year. A little over a month ago I popped in there and asked if anyone was up for a little do gooding. Sure! Was the reply. We started by selecting families in need and went after those needs. It was kind of slow at first, but we build up a head of steam in gathering funds to help. Then presents were getting wrapped clear across the country by people I didn’t even know other than they were part of this online group.  One particular person I will call Em, she didn’t have a lot of money to help but she really wanted to do something. I told her helping with the logistics of it all was what enabled people like me to give more. This christmas I watched the spirit of giving rock her world, not because she was on the receiving end, but this time because she gave all she could and then saw her efforts be multiplied a thousand fold by others following her example.

Religion might be nothing more than myth, but I got to tell you the power of belief in an ideal is nothing short of amazing. Call it Christmas, Hanukah, Krampus or Fridgemas. Believe in the sacrifice of a God or a Jolley Old Elf just enough that it gets you to do something nice for someone else. Believe in humanity or household appliances, just believe enough to try and make a difference. Believe enough to give a little more than you can afford to, reach out and help and lift up your fellow beings with a little bit of your own sacrifice. That is the true meaning of the myth that will bring you joy. Give to help others and you will feel good. It is that magic of the myth that this website is all about.

When you look at religion through this mythical lens it might help you see what those that still believe get from it. (Even if they are completely aware of it themselves.) Human beings love magic, it thrills us and makes us happy, you might have discovered how the trick was done, you might have seen the man behind the curtain. But guess what, that doesn’t mean that the magic needs to be lost at all. Its your choice to keep what works for you and discard what doesn’t.  You can still believe in whatever you like and if it makes you sacrifice a little more than you think you can afford, you will discover the joy it will bring to do so.

My personal reason for starting this site was exactly that. To make the myths of religion work for the good of humanity, to believe enough that we help  each other, reaching out to those in need and giving them a leg up so that one day in the future they will give someone else that same leg up. The one thing religion does really well is remind us of this duty to our fellow beings, if only we could keep them from becoming money making machines that sell people they idea that they are more chosen than that non believer next to them. If only we could not take the doctrine so seriously that we think god gives us rights to do things like torture and beheadings that without religion would simply never happen.

This year along with a few dozen other people, I believed in the spirit of Christmas without literally believing in Christ and guess what. It was magical again, two years running now!1 The emotion and love I got to feel again was nothing short of amazing. The myth works even if the literal belief doesn’t. I am sure of that now. Merry Fridgemas and happy New year everyone, may you find joy in family, love in your heart and may this next year be just a little better than the last one!2 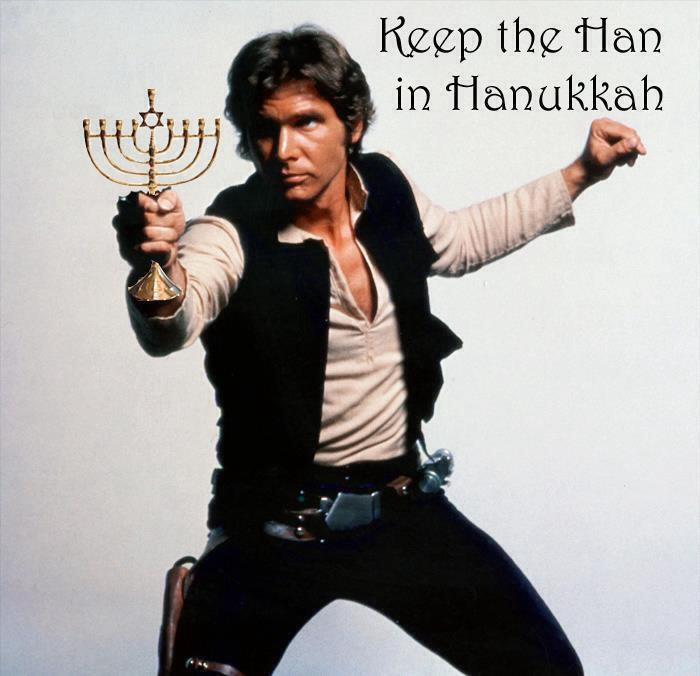