I Hate Seeing People I Love Being Lied To

I really hate it when I see people I care for taken advantage of. I hate it when they are being subtly lied to. When the deceit takes advantage of their trust. When their innermost hopes and fears are used to maintain the deception.

It is like watching a sister from afar being married to a man you know is cheating on her and she won’t believe you when you tell her. Or seeing your parents sacrificing time and money to a guy that is a smooth talker that has no intentions at all of paying back their investment.

I hate when someone implies that another is not good enough, or too dumb, or that they are nothing, without the liar who is deceiving them.

The reason I hate seeing this kind of deception? Because it is so hard to expose. How do you show someone they have been lied to when they can look squarely at the evidence and tell you it doesn’t matter to them? When the deception is so great they will accept actions that would otherwise disgust them. I have found that it is nearly impossible to help a person in this situation. Because they don’t want the help. It’s hard for me because it is in my nature to try to help and warn people about it.

Years and years ago I had a really good friend get involved with an investment deal. I could see it was fraudulent and that he was being bamboozled. He was so excited though. He was going to end up with these brand new free cars. But the math of the investment just didn’t work out. I ran it a few times to check my numbers and then called up my friend to point out it was for sure a fraud, it had to be. The math proved it!

He didn’t believe me though, my proof meant nothing, he stayed in the deal rather than get out. In the end he nearly lost everything, not just his credit, but almost his entire business to this guy that had conned him a little at a time into this massive investment.

I found out that most times people simply won’t heed a voice of warning if they are emotionally invested, I discovered that is how the best cons work. They emotionally invest you to the point that CLEAR EVIDENCE they are being lied to is IGNORED. It is tossed out. That is why I hate this type of deception. Because it uses human emotion, one of our greatest assets, against us. We are empathetic beings. It is so wonderful how we can feel what others feel and connect emotionally. It creates loyalty to brands and causes. It makes us rise up as a society and care for each other.

But when that great asset is used by a deceiver, it often condemns others for being themselves. It justifies some of the most despicable actions by any judgement as somehow ok. I hate it when my loved ones are lied to. I hate that pointing out the lie is considered the worst action I can take because they don’t believe it is possible they have been lied to. It puts me in a position of watching a person I love make great sacrifices for a falsehood. It makes me feel like they are wasting the precious time they have here on earth when they could be choosing for themselves how to use it. And I can’t do anything about it. So I resign myself to the outcome.

I learned that is often the only course you can take. In the case of affinity fraud above, eventually the deal my friend was in collapsed, I did my best to help him in the aftermath. Helped what little I could to get him back on his feet.

It is entirely possible that a person in some situations can be deceived for their entire lives. I am sure there are people trapped in Scientology or the polygamy communes of Warren Jeff’s that ignore the mounds of evidence they are being defrauded. It is possible they will live their lives all the way through without knowing they were swindled. I can see how a person might be happy as a clam in that situation. And I often ask myself, “Who am I to take that away?” It might be a fraud, but they are happy in it, right? 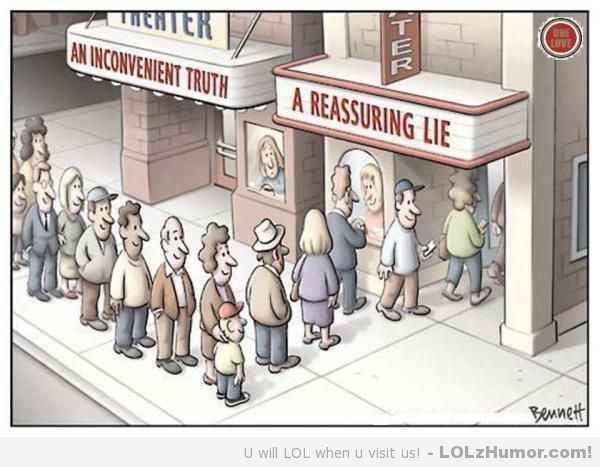 That is the problem with this type of deception that I hate so much. To point it out means to cause the deceived significant anguish. So I am in the position of either letting that person be lied to, or causing pain by pointing out the truth. Neither sits particularly well with my soul.

That’s why I hate seeing people I love taken advantage of.