Making Pokemon a No Go is a Mistake

The Church Of The Fridge endorses Pokemon Go. Yep you heard it right, it’s a good thing. Since personally playing this magical game my interactions with my children steadily increased. Not by forcing them to talk to me, but in a natural more organic way. We share rare catches on our family text group. We go for walks together hunting creatures and stocking up on Poke balls. It’s an easy game to play. It encourages walking and interacting with each other. The ease of play makes it fun for young and old alike. A game that appeals to such a wide age range is rare indeed. Did I mention the walking part?

It’s been great for me personally, a reason to exercise and chat with my kids. Something to talk about we both enjoy. And according to my old religion it should be avoided. When I first heard the admonition to not play Pokemon Go in a recent broadcast, I was flabbergasted. I mean didn’t he know that there are Poke stops at EVERY church building. Pokemon Go has made many an unwilling teen far more interested in going to church lately than any activity I am aware of. I think the fear promoted in the counsel to not play is unfounded. The rising generation is built to multitask. Information flows to and from this generation in lots of different ways, internet, twitter, instagram, phones, TV, cable and so on. They have been raised on reaching for a device in their pocket to access the knowledge base of the entire planet when their curiosity is peaked. I presume as the old guard, it is hard for the leaders to grasp that a child or teen can swipe a Poke stop every few minutes and still get something out of a lesson. But they can as can be attested to my kids pipping on a conversation I was convinced they weren’t listening to while they played a game.

After pondering the massive generational gap on this edict another thought hit me. Earring’s… I remember when women were limited to only one earring per ear by prophetic decree. At the time my wife was saddened as she removed her second pair. I saw her give up a piece of individuality that day, a dimming in what made her unique and valuable to the world. Sure she complied because it’s all about obedience right? But at what cost? Since we have left the faith much of the light that made her amazing has returned. That has been one of the more unexpected benefits of exiting a regime that controls so much of what you wear and how you are supposed to look.

The next thing that hit me was the poker ban. A little while after the the earring banning came the poker ban. It happened when the world series of poker was at an all time high in popularity. I suppose that is one of the reasons to ban things. If everyone is doing it it must be wrong. At the time, I played a monthly game with some of my best friends, I was playing occasionally with my brothers and sisters too. For me a small amount of $$ in a game was a great way to spend a couple of hours shooting the breeze while basically handing a friend twenty bucks of mad money. For a person that tends to be more introverted, these games were a great way to socialize and develop friendships. But, in an effort to obey I quit going and quit playing with my compadres. I remember how it saddened me at the time.

Concluding that this whole Pokemon No Go really wasn’t all that different than prohibiting other popular items like extra earrings and card games in the past I had an epiphany. I think this is a cry for attention. Religion as a whole is struggling to remain relevant in an ever changing world. For one so ensconced in gerontocracy the LDS faith is a case study in adaptation difficulties. Dogma once shrouded in ritual as divine knowledge is regularly destroyed by accessibility to information on a scale that has not been available to any previous generation. The old game doesn’t work anymore. So faith as a tool to help humanity is … well … kind of showing its age. It’s far too easy to hop back in time to a video or a text conversation and see exactly what was said.

The used car salesman tactic of BS’ing your way out of a uncomfortable corner is giving way to a style of open discussion where we have to look at and deal with faults in each other rather than ignore them or hide them. It’s not all roses, the reality is I do look fat in these jeans, and the white lies that greased human interaction such as these don’t work as well anymore. I think we are giving up some privacy sure. But we are also creating a world where open, honest, brutally honest discussion is the norm. This prevents oppression and encourages freedom. This is the party in the world today where the crotchety old man called religion is sitting in his chair being ignored so he lashes out with wisdom that used to be his gift to society but instead is rapidly debunked by google.

If faiths are to remain relevant in the world to come. Faith needs to adapt. Faith in a religion often equated to faith in oneself. Faith in your ideas and choices. Feedback that the risk you are taking is worth the effort. This is why the Fridge endorses Pokemon Go. Because it is a good thing that has strengthened families. Those that embrace it have used it to create positive change in their lives. Sure it may be a short lived success. But there will be another thing and another thing and another thing in the future that humanity creates to feed our social needs. We should watch for it and embrace it.

I think religion needs to finally realize what has always been it’s best product offering to humanity. It’s hope. Hope that wrongs will be righted and things will get better. All the hell fire and damnation fear tactics just don’t work anymore in the world of iPads and information. Humanity is basically good, and the old monster under the bed stories are being exposed for the myths they were all along. The new message is Hope for a Voltorb, but be happy with that Rattata for the candy you get. And always remember just being alive is a wonderfully magical experience waiting to be explored.

It’s time to find what works and promote that, rather than cling to outdated dogma dismissing anything new and popular. That is the sermon on the Fridge today. 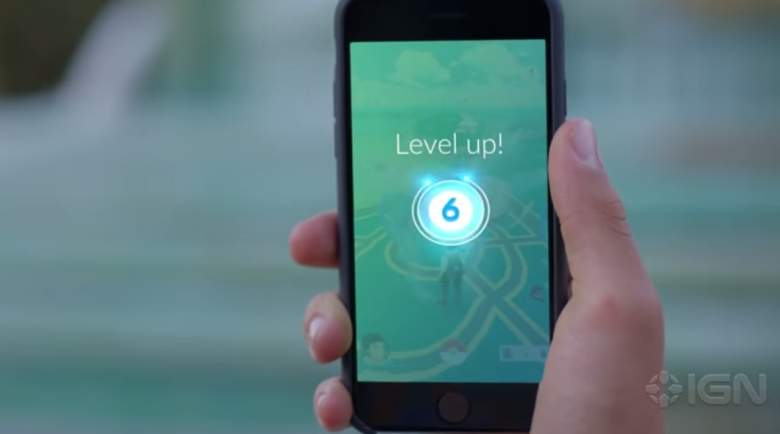