Mission Impossible, why so many need to believe

One of my favorite lines in a movie:

‘Mission Commander Swanbeck: Mr. Hunt, this isn’t mission difficult, it’s mission impossible. “Difficult” should be a walk in the park for you.’

Better yet, watch the clip! 🙂

It came to mind recently as I debated with a very devout believer of the Mormon faith. I still find it cathartic and enlightening to check my reasoning by debating and discussing religion online.  Guess I’m just that angry atheist that can’t leave religion alone.

The true reason behind my efforts though is to wake people up to the broken mode of thinking they have built their life on.  However, it’s a uphill battle as many who’ve walked similar paths can attest to. 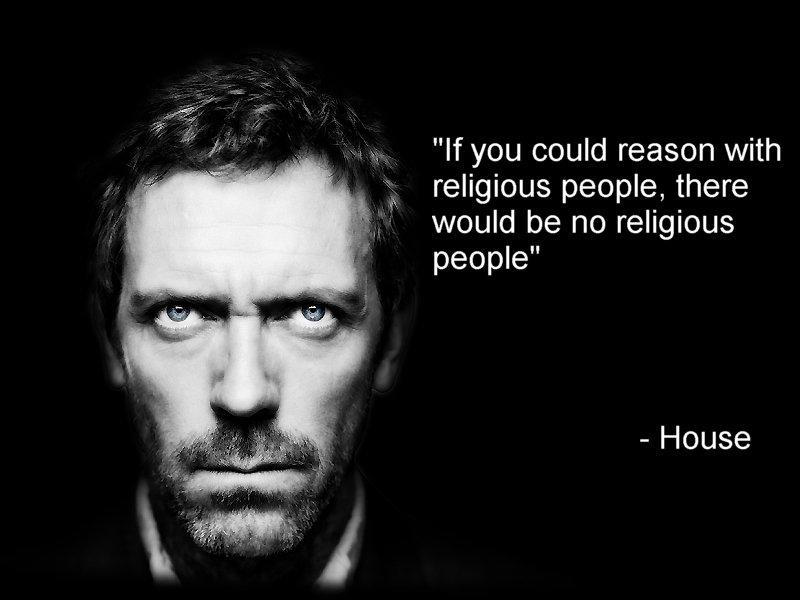 Religion is the one area of our lives where we can literally make-shit-up, then present it as fact without a shred of evidence whatsoever and then be proud that we have so much faith that we don’t need any evidence to believe it.

In any other part of our lives we simply don’t act that way. Or do we? I suffered a small epiphany this morning on the topic and figured it was worth blasting out into the blogosphere.

At its most basic foundation relgious belief relies on circular logic and reasoning. It because of this debating a believer is so exhausting.  Circles are forever if you want to keep going around them!

For me the transition beyond this circular trap began with a desire to weigh the evidence for my faith with the same tenacity I resevered for things like figuring out what was wrong with my circuit board or solving the reason my motorcycle wouldn’t start. I made the cardinal sin of actually checking out my own belief that my beliefs made sense. That of course lead to the Fridge and this little corner of the internet but that is another story I’ve already told. 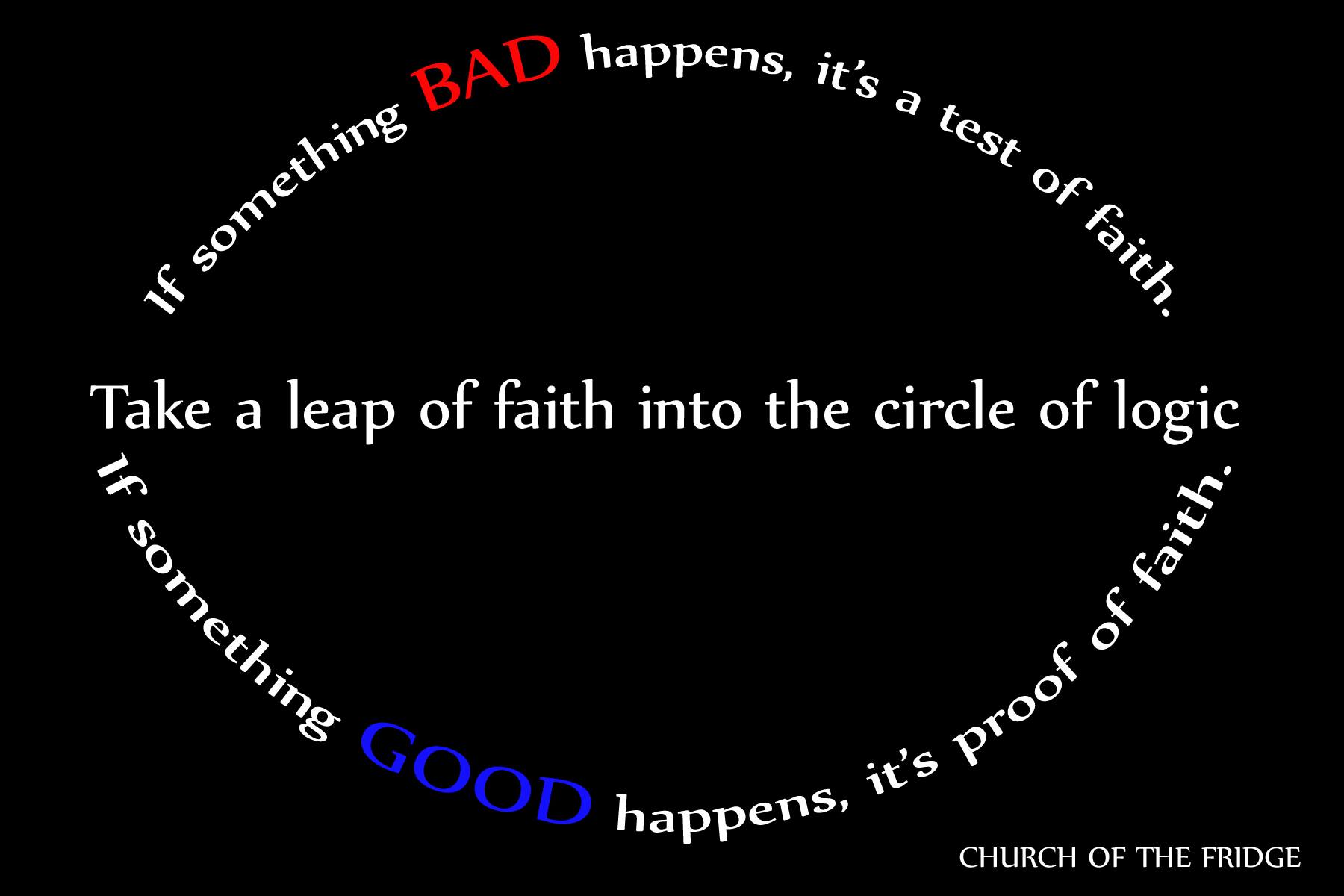 What you discover pretty fast actually is your beliefs don’t handle skepticism any better that any other competing religion. They just don’t make sense. And eventually your only choice if you want to still believe is to ‘just have faith’ shelve your doubts and move on.

The other path is a collapse of everything you were so sure you ‘knew’ but if you are honest about it you didn’t know, you just hoped. You hoped that dream you had was real, because it gave you peace. You hoped that sign you saw wasn’t a coincidence because it helped you cope with a loss.

I think this hope is very much part of our human nature and this is where it gets interesting. Because a myopic view of the world around us is also very human. Cognitive sciences have exposed all sorts of biases that we suffer from when trusting our own perceptions.

Could this be a survival trait though? The fact is we don’t equally weigh evidence, and maybe that is a good thing at times.

Consider Ethan Hunt and how he inspires us to greatness by accomplishing the impossible.  Could it be that the illogical irrational core of religion is exactly what appeals to us? After all difficult when compared to impossible really is a walk in the park!  Maybe if we believe completely illogical things that helps us cope with the mundane, it puts ‘difficult’ into a manageable perspective so we don’t give up hope. Often times the person that succeeded just didn’t give up!

Maybe next time you debate a believer and stand flabbergasted at how he or she can’t even seem to grasp how illogical their stance sounds. Consider this, maybe they need it, because without it they will lose hope. Difficult in thier lives will litterally become impossible to deal with.

After all, Fridge knows we are all wired differently. Our brains are similar, but not the same. To some the hope they get from thier faith isn’t at all logical, and that could be exactly the reason they need it. They need to believe the impossible so they can handle the difficult.

Do I have any evidence to back up this observation? Nope, I guess you will just have to take it on faith! 😉