The role of the LDS church in developing torture 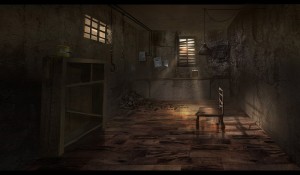 John Rizzo, the acting CIA general counsel who met with the psychologists, wrote in his book, “Company Man,” that he found some of what Mitchell and Jessen were recommending “sadistic and terrifying.” One technique, he wrote, was “so gruesome that the Justice Department later stopped short of approving it.”

In fact, the Mormon church provided four key players in  the CIA’s quest to evade the Geneva Convention, since Judge Jay Bybee signed off on memo’s that redefined the term “torture”, enabling interrogators to use more brutal methods in their attempts to extract information from detainees. Rounding out this infamous group is Timothy Flanigan,  deputy White House counsel at the time, and one of five attorneys who referred to themselves as the “War Council”.  2

How is it that a church that undoubtedly preaches love and basic Christian goodness has in its midst four individuals who developed, enabled, and implemented policies and techniques that resulted in the brutal torture of human beings in the almost universally fruitless search for useful intelligence information?

There is a clear hierarchy in all things and that hierarchy is to be respected and obeyed.

If two people disagree on something within the church or their families, the individual with the highest authority prevails.

Authority is supremely important in the LDS church.  Talks in LDS General Conference stress that members are not to doubt or question the authority of their church leaders. Leaders are called of God, given priesthood authority through a lineage dating back to Adam, and because of that will not lead membership of the church astray. Members are reminded in ways big and small that if they have opinions which contradict those in authority over them the member is the one at fault, not the authority figure, and that member must bring themselves in line or be in sin.

The 12th Article of Faith states, “We believe in being subject to kings, presidents, rulers, and magistrates, in obeying, honoring, and sustaining the law.” This in itself is a fairly noble belief. The LDS church does not support anarchy or special privilege of its membership to violate the laws of the land. However, the church teaches that the United States was formed by men inspired of God expressly for the purpose of creating a country with the necessary freedoms in place so that God could return the true and everlasting gospel of Jesus Christ to the earth. The leaders of the United States, while highly imperfect, have authority that protects our nation and our freedoms, especially the religious freedoms Mormons value so highly. Once again, the leaders of our land have authority that has an almost divine sanction to it, at least at its origins.

Now, many of you may have heard of the Milgram experiment. In 1961, Yale University researcher Stanley Milgram set up an experiment in which participants were instructed to deliver increasingly strong electric shocks to invisible individuals. The individuals, while not seen, could be clearly heard. While the individuals received no actual shock, the participants believed that they were administering higher and higher levels of shock, and even as the invisible recipient screamed and begged to stop, up to 2/3 of the participants administered shock all the way up to the highest 450-volt level. 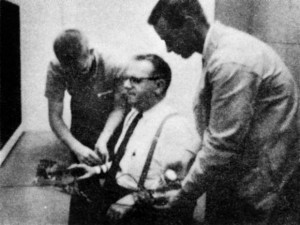 Participants were more likely to administer the shocks when a researcher was in the same room with them. Results remained consistent across racial groups and genders.

The Milgram study showed that people will do seemingly immoral things when told to by an authority figure, and has served as an important means of understanding the events that occurred in Nazi Germany as well as at other times throughout human history.

Stanley Milgram declared, “A substantial proportion of people do what they are told to do, irrespective of the content of the act and without limitations of conscience, so long as they perceive that the command comes from a legitimate authority.” According to Martha Stout, Ph.D., in her book, The Sociopath Next Door,

Milgram believed that authority could put conscience to sleep mainly because the obedient person makes an “adjustment of thought,” which is to see himself as not responsible for his own actions. In his mind, he is no longer a person who must act in a morally accountable way, but the agent of an external authority to whom he attributes all responsibility and initiative. This “adjustment of thought” makes it much easier for benign leadership to establish order and control, but by the same psychological mechanism, it has countless times rolled out the red carpet for self-serving, malevolent, and sociopathic “authorities.”” (page 63)

A paper recently published in the British Journal of Social Psychology by researchers Professor Alex Haslam (University of Queensland), Professor Stephen Reicher (University of St Andrews), Professor Kathryn Millard (Macquarie University) and Professor Rachel McDonald (University of Kansas) argues that the meaning of the experiment has been misunderstood. 3

Participants in the Milgram experiment were not distressed by their participation, but rather felt happy that they were part of an important contribution to science.

Professor Haslam said: ““This provides new insight into the psychology of oppression and gels with other evidence that perpetrators are generally motivated, not by a desire to do evil, but by a sense that what they are doing is worthy and noble.”

Professor Reicher added: “This new analysis suggests that we may have misunderstood the ethical as well as the theoretical issues raised by Milgram’s studies. We need to ask whether it is right to protect participants’ own wellbeing by leading them to think that harming the wellbeing of others can be justified as long as it is in a good cause.”

So four individuals, from a  religious background that heavily stresses authority and obedience, and who esteem their government as being originally sanctioned by God participate in the development of a scheme of cruel and inhumane torture that they perceive as for the betterment of society and the protection of the (God-given) American way of life

It would appear that is the case, given that earlier this year, James Mitchell defended himself by stating, “I’m just a guy who got asked to do something for his country.”

And as Mormon Studies expert Professor Patrick Mason has told Mormon writer Joanna Brooks,  “Mormonism has “no systematic theology” on issues like human rights or poverty or war. Its view of morality is “highly individualized.””

In fact, within the LDS church there is virtually no discussion of morality. Right and wrong comes from scripture and revelation, usually to those with priesthood authority. Morality, in most LDS discussions, refers to keeping the LDS law of chastity, the Mormon rules for sexual conduct, not to the generalized means of determining right from wrong. Search for the word “morality” on lds.org and this is what you will get. 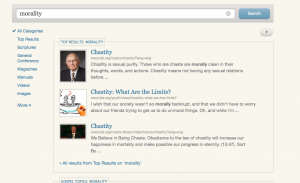 The LDS church is not concerned with the question of morality, i.e., the constantly evolving discussion of right and wrong that has occupied philosophers and religionists for millennia. Rather, the LDS church teaches obedience above all else and defines morality in terms of one specific behavior.

The LDS mentality is a perfect breeding ground for the type of individual capable of doing what Jessen, Mitchell, Bybee and Flanigan have done. It would stand to reason that the antidote would be independent thought, support of reason, and questioning of authority. And those aren’t things you’re going to learn in any Mormon church.