BE SEEN BEING GOOD, a trick to helping others see past their bias

In this blog I talk a lot about confirmation bias and cognitive dissonance. Thing is, typically my approach has been to help you see past your own illusions. I think this is a worthy cause because our dreams are more likely to become reality if we work from reality as a foundation. Anyone knows me knows I dream big about great changes, opportunities and amazing futures. Without hope and imagination that comes with the fact we are subject to illusion and bias and dissonance I don’t think we’d be the successful walking primates we are today.

One dream I had after voicing my disaffection with my religion to my family was that we would be accepted even though we were apostates in their eyes, somewhere between confused and lost TK’ers 1 to Korihors of the last days doomed to live forever in outer darkness.

You see our religion2 actively teaches a bias towards those that fall away.3I commented on a blogger repeating some of them here. The only reason believers leave the church is because they want to sin, or were offended, or simply lost the spirt of goodness because of their evil ways.  I sat in many leadership meetings in my church career as people talked about rescuing these lost souls pinning for their life and how miserable it must be outside the religion. I experienced some of this first hand from dear friends when I went public about my changing faith.

There was a point in time when after I voiced my anger at feeling shunned and cutoff my own father said I deserved it. Why? I thought about that a lot and it was essentially because I had been disloyal to the religion by leaving it and exposing its deception. The aftermath of that argument made me nearly step completely away from my family for good. But lucky for me apologies came and we worked it out.

Now two years later I have experienced a radical change in how I feel accepted by my own kin. I think I might have discovered why. So sidle up to the Fridge for a little lesson on helping other people see past their biases.

Here is the trick. Let the believer see you. Let them see how your life has improved, tell them how good things are, show by example how you are still the loving kind and caring person you have always been. Be cautious of triggering their bias with comments that are too strongly worded or offensive to them. But at the same time keep them gently aware of your new understanding and how you see the world.

This is actually a tested psychological trick that will help your friends and family associate positive feelings with apostates rather than the negative ones they have been taught their whole life. It has been proven to work on people with racial bias. The fact is by facing their bias head on eventually it has to be addressed. Human nature rarely lets this switch flip overnight because we inherently base so much of reality as we see it on our personal experience. To change we need experience in what what we are changing to.

For me the proof this works has happened in my life. A couple of years later after we left the church, we were invited to a wedding on one side of the family, the one that has seen us repeatedly being good, being kind and being family. Even though we don’t go to the temple that isn’t turned into a shaming tactic or anything, we get a loving personal invite to the wedding breakfast and have a great time there. All in all about as good as it can get given the religious restrictions on weddings in the church. We also have a wedding with another part of they family. Ones that don’t get to see us all the time, they aren’t aware of how our lives have been generally really awesome without the church in them and how we have found other generous pursuits and positive things to engage in. They neglect to invite us to things that aren’t verboten for apostates like the wedding breakfast. In one case we are clearly more accepted than the other. I believe this is because the people that see us regularly have formed a less biased opinion of our apostasy.

The thing with biases is they compound and fester in isolation, they get worse when you don’t confront them. And the believer? They simply aren’t inclined to confront them. It is exactly this reason that places like the middle east have carried biases over millennia of generations of people to the point that people there will murder others for a cartoon. It is why the advent of social media allowing people to contact others around the world in an instant is helping reshape these biases better and faster than all the guns and bombs ever have.

So if you want to do your part to help the Atheists, Agnostics, Frigidarians and others that have apostatized from their religion get a fair shake. If you want to remove the negative bias that being a non-beliver carries then the best thing you can do is really simple. Spend less time ranting and more time expounding on the benefits of a reality based world view, expose the goodness of those without belief in magical beings, demonstrate to others that post religion you still have faith in humanity and kindness and love. In short. 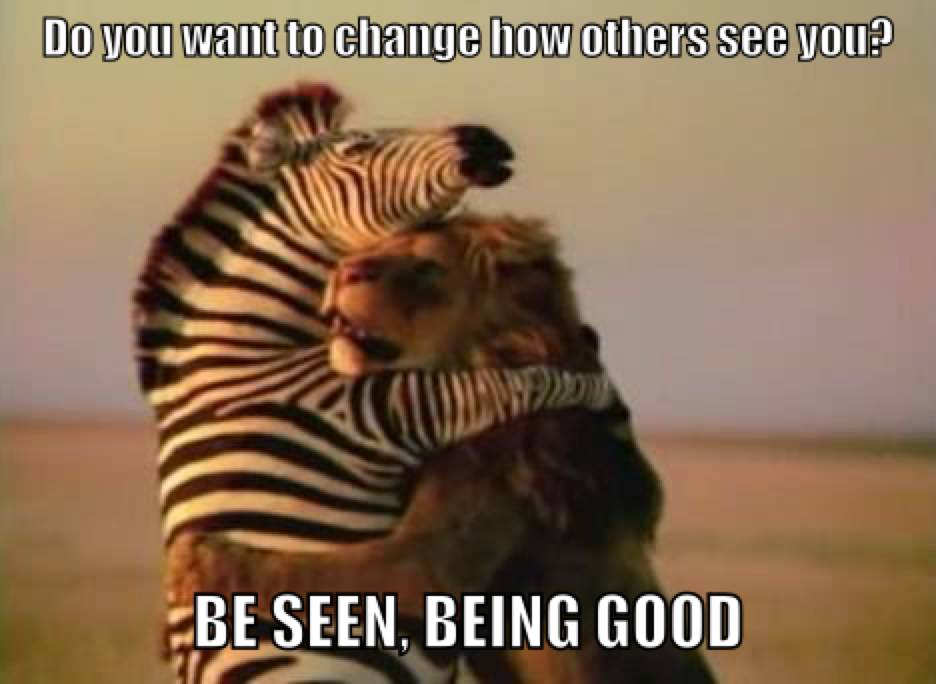