The Casualties of Judgement

My father said something very profound to me a couple of years ago after we had been discussing some of the issues with Mormonism.  It resonated with me and explained a facet of Mormonism that has always troubled me.

He said, “All most people really want in this life is the right to live life as they see fit and to not be judged for it.”

Mormonism is a belief system which requires the subjugation of self, our hopes and dreams, even our very lives, into a strict, narrow, conforming and confining path, controlled through a host of written and unwritten rules.

A couple of the more psychologically damaging teachings of Mormonism are “Avoid the very appearance of evil,” and the temple admonition to avoid “…every other unholy and impure practice.”  The real difficulty with these admonitions is they are undefined.  It grants to all Mormons the right to pick and choose among their own prejudices and apply those as “evil or impure.”  When you combine these teachings with the idea that Mormonism is “the only true and living Gospel of Jesus Christ on the earth today,” you have a recipe for an environment filled with judgement, condemnation, and disgust for people who don’t see the world in the same way.

Humans are social animals.  What others think of us does matter, particularly in communities with rigid social mores. If one doesn’t “toe the line” doors are closed, people are gossiped about, children are disowned, and relationships are destroyed.

This is, of course, the center of our difficulties between believer and apostate.  Judgement and resentment go hand-in-hand and the combination is corrosive to our most important relationships. Where I think both “believers” and “apostates” are making a mistake is in the ground in where we choose to fight our battles.

Tactically speaking, it has been a time honored position in warfare to hold the high ground. The person in that position has a definite advantage because gravity is on their side. Sieges have always been long and costly and resulted in great destruction.

Believers argue from the “high ground” position of “faith and God” where no negotiation can happen because in their beliefs their position is “RIGHT.”  It is the ground where condemnation, judgement, and disgust shut down communications.  Communications are of the sort, “my way or the highway.”  This is usually where the casualties start piling up.

The trick is, I think, in shifting the ground from “high moral position” to the ground of “relationship.”  This can often be accomplished by asking this question.

“You may be right, but is being right so important to you that you would rather destroy the relationship between us in the name of being right?” 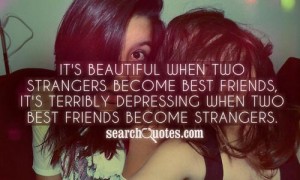 On the other side, the apostate holds the high ground of “Science and Reason” and we get so caught up in the battle we lose track of the casualties in relationships, too.  Eventually both sides seem to accept the casualties as a “necessary part of the battle.”

It really is sad.  But there is an antidote.  It is called “unconditional love and acceptance.”  It doesn’t mean that you have to sit back and permit people to walk on you, it only means that you will continue to love and accept people for who they are, not for what they believe. The cool thing is it can be extended unilaterally.  Sometimes, we have to experience it before we can share it.

In my own life, judgement and condemnation toward me by my (ex) wife eventually ended my marriage.  She couldn’t accept me for who I am.  I never pointed out to her the damage she was doing to our relationship.  Instead, I gave of myself until nothing was left, trying to be what she wanted.  Would things have been different if I had explained?  I guess I will never know.