The Decency of Humanity

Today’s sermon on the door of the Fridge is about decency. More specifically do people need religion to be decent? Then the follow up question: Is it possible that religion actually suppresses the natural decency and morality that we humans seem to portray in every culture and medium we have created?

Personally I think most people can be moral and decent all on their own. Sure there are some that need threats of hell to be nice to others, but honestly I don’t think that is typical the case. 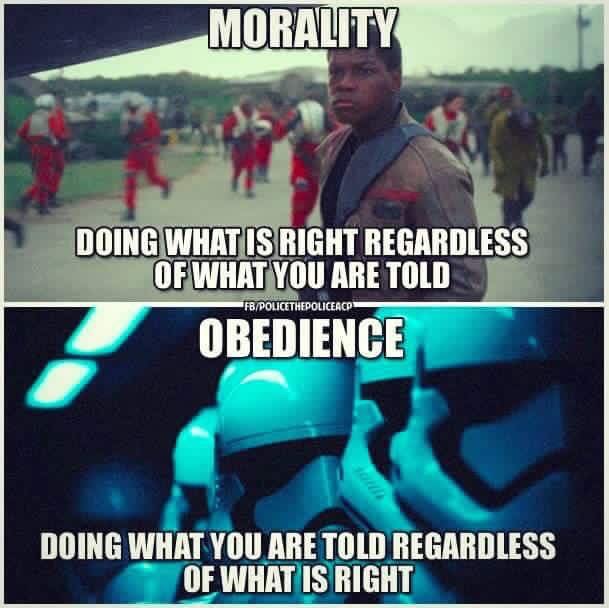 Along the same vein, it doesn’t take much research to discover that the ‘divinely appointed sources’ didn’t get it any better than people who relied on their own judgment.

Even worse, in some cases dogma takes on a life of its own. Keeping things like racism embedded in a culture way past the time the rest of society realized keeping slaves is NOT a nice thing to do.
Case in point. The bible bans shellfish…. but on slavery, that’s all good. God made sure we knew shrimp was bad to eat, and that we should kill homosexuals ‘n all. But on slavery? The nicest thing we get out of the bible about that is:

“Slaves, obey your earthly masters with deep respect and fear. Serve them sincerely as you would serve Christ.” (Ephesians 6:5 NLT)

The ‘truth’ of these sources is so bad that most of humanity already ignores it. Just read the part of the Old Testament where God kills a guy for spilling his seed on the ground instead of getting his brothers wife pregnant to any Christian you know. I’ll bet most won’t know it’s in there, then a few will say that part of the Bible doesn’t count anymore. (except the 10 commandments, for some reason those are still ok.)

That’s why I have a lot more faith in humanity than the dude that is presumably filling all these books up with stuff we should apparently be paying more attention to.

Because most of humanity already ignores all the bad stuff, even as they claim to believe in their books or leaders as giving us the inerrant word of God.

In the long run I believe humanity is winning this battle. While over and over again churches are losing due to their own greed, lies, illogic and awful dogma. Which thanks to modern information technology is exposed at the touch of a screen.

It’s almost like the vision of the Fridge is true no matter what my voice has to do with it!

Humanity is domesticating religion all on it’s own. Humanity is making these myths bow to their own sense of morality. Even disavowing their own scriptures and dogma.

And that brings me hope!