I was but a middle aged man at a loss for understanding why spiritual experiences seemed to confirm things that my research of my religion had proven false. There were many true believers crying lo here, and lo there, “put this difficulty on your shelf and just believe!” they would exclaim. They all claimed that their God answered their prayers and thusly proved it was the right one.

Also while my soul was in much turbulence I had discovered a thing called the ‘scientific method’ some true believers worshiped this method but claimed exception when it came to spiritual things. Some said this method was but another religion of its own that would come to the true truth someday.

During this time of turbulence I had realized that my testimony of right vs. wrong was founded on these spiritual experiences, I realized that the reason I thought what I had was true despite facts proving otherwise was solidly based in feelings where I had ‘found my keys’ by revelation and had been ‘moved to tears of joy’ in a time of need.

My quandary was thus, I had researched other religions and found they too had similar experiences and in repose I considered the teachings of one Paul H Dunn. I pondered the fact that I had felt the spirit many times during his teachings and yet they were false, like unto a parable even. Torn up was my soul and in contention I felt for if I could not trust these experiences then what was truth and could it be found? I looked around for true religions and they all were so right in the face of each other’s wrongness that it just didn’t make sense. I did briefly experiment with the Pastafarians however as their logic and reason appealed to my intellect but alas carbs do not fit well with my body and while I love them, noodles must be limited in my life to remain healthy.

One night as I pondered these things I was wandering about late and filling a hunger deep inside I approached the fridge. I open the door and as the light poured out I realized the answer to my spiritual hunger (as well as the munchies I had) was right in front of me. 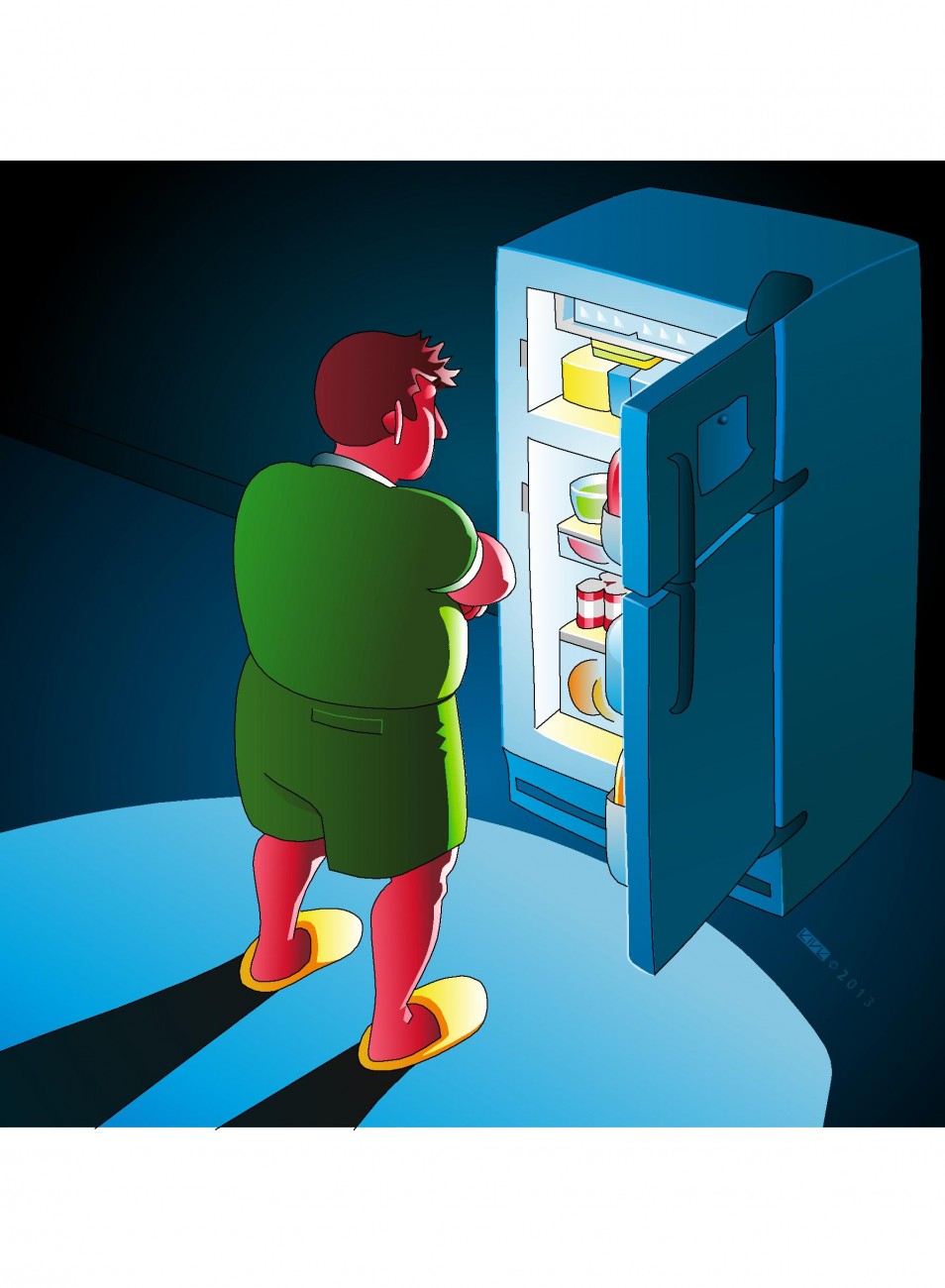 In one fail swoop I understood that I could test my spiritual experiences, it was possible to see how they really worked, I just had to change to whom I was praying. I would pray to the fridge, and if I did so with pure intent and a true desire to know I could get an answer in the same way that Zues and Allah and Elohim and Jehova answered prayers. If it was right I would get a good feeling, if it was wrong a bad one and if no answer at all it was up to me. I had been taught the way prayers were answered. If you got what you wanted then any of these gods including the fridge would be blessing you and if not, well it was their will that such things happen to help you grow and progress in life.

It was obvious that that fridge helped me every day of my life, it kept things cold and usually gave me ice when needed. If it couldn’t provide for me the way these other gods provided for their religions, then I would know that the fridge was not as powerful a being and that would tell me I must keep searching for the strongest god out there and find the religion of his making. 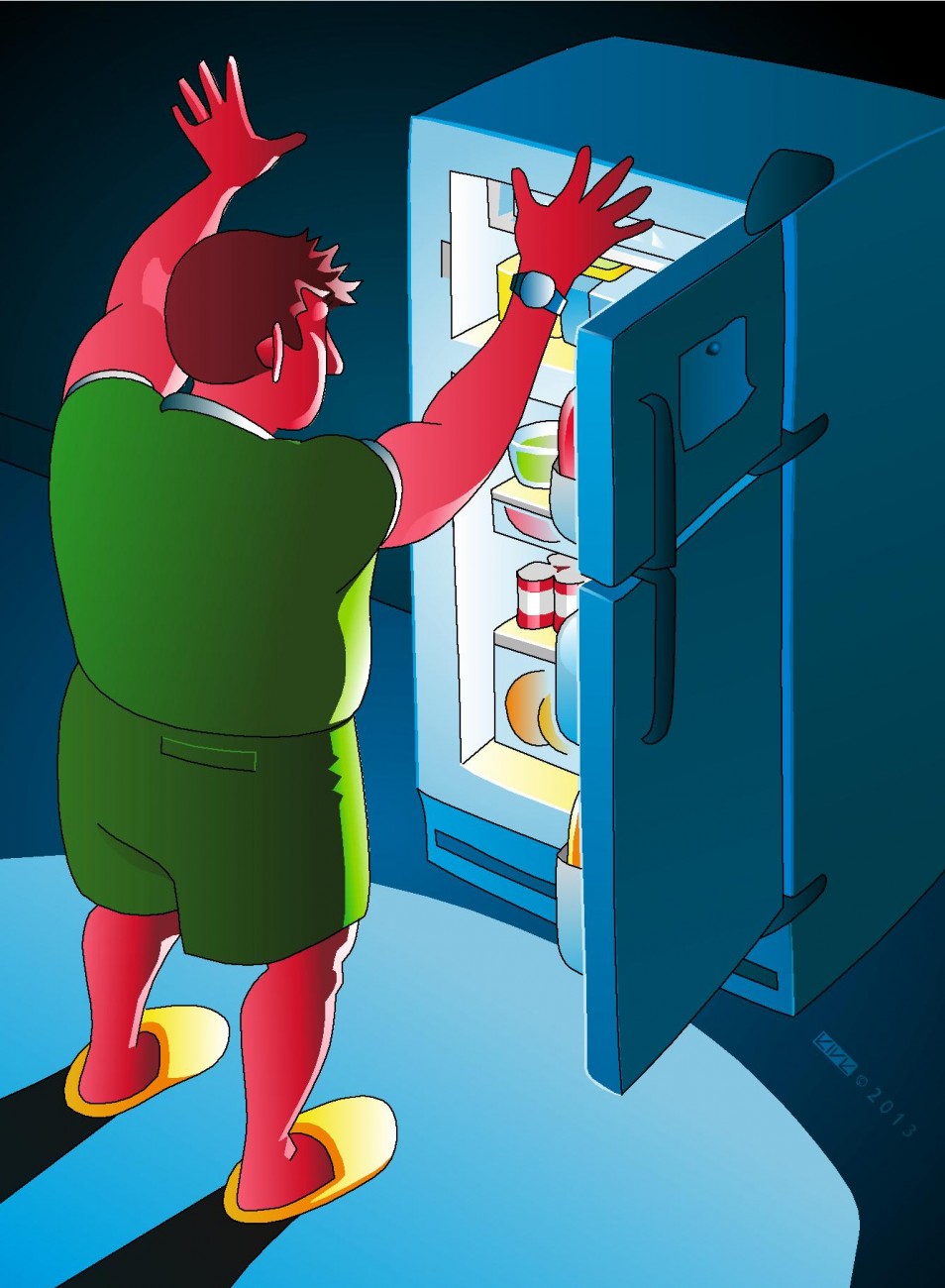 After snacking and pondering these things I began my attempt of praying to the fridge. It was pretty easy as I had always kept a prayer in my heart, I just started directing those thoughts and desires to the cool white one in the corner of the kitchen rather than up into the sky. For weeks and months I prayed and checked results. There were times I found my keys and times I cried when seeing a really good movie there were times that I shared my love of the fridge with others and felt true joy in the giving of the light and knowledge of understanding that was entering my being. After at time I analyzed the results. In every way my prayers to the Fridge were answered equivalent to that of previous worship but one. When I wanted ice, the Fridge was extremely reliable.

Once I realized this fundamental truth light began to dawn on me. It was clear that spiritual experiences testify of inner moral truths, while factual evidentiary truths were beyond that tool. You could know if it was ‘right’ to be helpful to your fellow man, or defend your life or share your food with a beggar. But things that can be checked with evidence such as gravity or history or simple experiment, well those things were beyond a spiritual witness. It all made sense as the light of the fridge poured into me. All these different religions were about morals and how to deal with other people, thus they could all get spiritual witnesses and yet none of them be factually true. Even the pastafarians with all their logic and satire of the noodle could cause a person to ‘feel good’ about belonging to the group.

I had seen the light of the Fridge and I knew it had happened, my understanding had been opened and I felt I needed to share it with others. I am sure that there will be those that deny and condemn me for making light of these things there may even be a religious war with the pastafarians as the Fridge restores the truth of myth. There is not much I am sure of, but this I know. There is a place in life for spiritual things, it helps us become good people and the morals of which the spirit testifies is good and right. I know this to be true and have felt the chill goose bumps of joy every day when I open it and more of the mysteries of the universe are unfolded unto me.

The Fridge declareth only one great commandment written in two forms. “Be NICE” for mixed company, and “Don’t be a dick” among friends.

Following this one great piece of advice will surely make the world a better place, thus saith the Fridge.

In the name of Frozen Ice, Amen.