The Meaning of Life, 42 and Covfefe

As profet of the Fridge I’ve learned to recognize when the coolness of the Stainless Wonder in the corner of my kitchen is guiding my life. Some would think they are coincidences, but I know better. When in a matter of days I have multiple brushes with the search for meaning that we humans engage in. I realize it is a sign that the profet must post.

It started a few days ago when the leader of our American Republic fat fingered a tweet ending in covfefe. The nationwide furtive search for meaning in the word gave me a smile.

Then a little while later I responded on a friends post about meaning with the number 42. Knowing that the chosen ones of the Fridge (even if they don’t know it yet!) would understand that cryptic response.

Then this morning I stumbled onto a trailer for my favorite cartoon that constantly delves into this very topic.

Is this coincidence? I think not. This is clearly the Fridge inspiring me! Or rather as I have found many who despise my lack of belief in god would say. “I choose to believe it.”

When my own faith collapsed I balked at the abyss of lost meaning, it scared me. I feared this lost purpose when I began to doubt the script I’d been given. You see that is one of the more beneficial things religions produce. A sense of meaning, and to bolster it you also get a sense of belonging when you join in ceremonies with others that share the same sense of meaning.

I’m convinced there is some good in providing a sense of meaning in a universe so vast and unfeeling that looking up at the night sky can make you feel smaller than the ant you recently crushed because it bit your ankle.1 The belonging part helps with that too.

But is it possibly a notch better to come up with your own meaning? After all, if you get right down to the brass tacks maybe the real meaning of life is found in laughing at the butter robot. Or giggling at the reason for earth was because no one could figure out what the Fridge ’42’ was all about. Because on the other side of that abyss of lost meaning is a discovery.

The tiny moments do matter. They matter to me and to you and to those around you. Even more so because they happen in a vast universe that will toodle along just fine even when I’m gone. What meaning we assign to that is really up to each of us. Maybe the real purpose of life the Fridge is trying to tell us is that it’s all up to us. Sure it might help us find lost keys once in a while, but being part of the human dance called life is about what we are gonna do with it.

What will we choose to do with it? Will we take on that challenge to go off script and create? Or will we just mark our time in the paradigm we’ve been given by others? I suppose that is up to you. Right after you pass the butter. 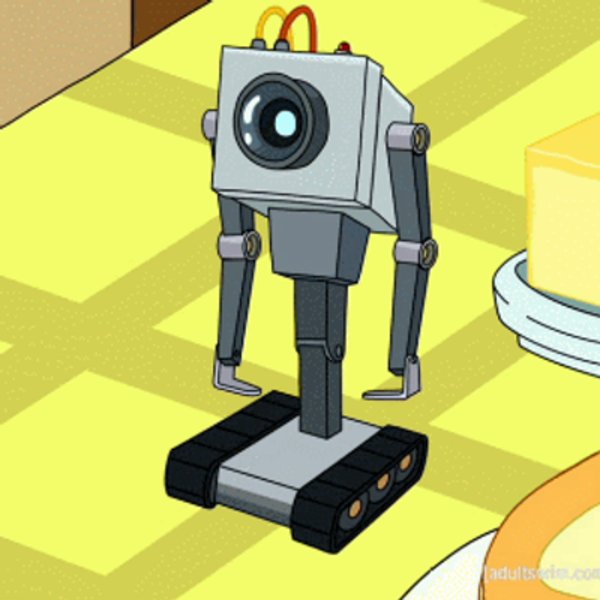