It’s pretty common that ex-Mormons arrive at atheism as the best description of their belief in the supernatural. So common, that many LDS faithful feel the need to come up with a reason why.

Usually it’s some version of how losing the light of Christ blinds you to faith all together. But if you ask an ex-Mormon atheist how they got to that point. I bet they will tell you they feel like they were not faithless, but for the first time they began reasoning correctly.

You see the LDS faith I was taught included a very dear principle. The idea that the glory of God is intelligence. Rather than shirk from learning it’s typically encouraged that you use sense and reason. Especially when reasoning out the apostasy or false claims of other religions. 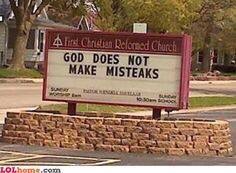 Personally I was always learning, I even took a college course on comparative Christian religions put on by the LDS institute that opened my eyes more than a little bit to the origins of various faiths.

I think that kept me pretty open minded to other faiths and their flaws. So I don’t think it’s abnormal that I believed the claims of Christianity nearly a year after leaving the church.

But it’s not because my LDS beliefs were so intertwined with Christianity that I eventually left that belief behind as well. The only thing that was intertwined was critical thinking.

Once you are honest enough to question the actual rational foundation your testimony was based on in Mormonism it’s natural to apply that same honesty to other beliefs too.

The fact is no religion stands up to critical, rational thinking. Every.single.one of them requires an active effort to be gullible.

They call it faith.