We All Bleed The Same, Love vs Hate

Last night I had a chance to hear this song in person:

Acceptance… The message struck me at my core. It is exactly what I feel deep inside. It connects with me. I felt lucky to be there and experience it live. I also suffered many levels of irony which is how the Fridge touches me and inspires these posts. 😉

The first level was the fact I wasn’t quite in my own skin at this event. I couldn’t be entirely myself, I couldn’t openly declare my lack of faith. Fear of the results of doing so kept me from taking that leap. I was me… just not entirely me if that makes any sense. Living in the Morridor of Utah, you take notice how people that aren’t of the main religion are treated. You see what opportunities are lost to those that would openly counter the faith’s views.

Irony hit me again as I did a little research on Alex Boye and found out like me he also has a Mormon background. Yeah I know you are wondering what rock I have been living under the last decade right? I’m sure I’d heard this, but not having him on my playlist till now I wasn’t sure if he was a member or not.

Love each other, stop the hate

I felt the next level of irony when I watched the video above the next morning. In it there are some really awesome concepts, loving not hating, and a clear message that he includes the LGBT community in that concept. It kind of made me wonder just how much of the LDS history and the current stance of the church he is aware of. A little more research turned up this video where Alex describes why he believes in the Mormon faith. The following bit of his talk stood out to me:

I have found I get along best with the faithful that don’t take every scripture to heart, that only care about the good stuff in the holy book. Good people have always cherry picked the best parts of the religion as a point of focus in my opinion. Often I discover that they don’t ever dig really deep in the history or the ‘facts’ as Alex puts it. I get that and have no issue with it. From the believing perspective they have a tool to improve their lives. From my point of view I see a person that would be good, kind and just even without a religion to follow. To me their faith is like dumbo’s feather, a talisman of zero actual merit and yet somehow containing the power to focus works, beliefs and efforts on good things.

This concept has often been a topic of Fridgy goodness and is close to my heart. I think that’s why his song resonated deeply with me. In the past I would have called it a spiritual witness as I sat there pondering why I feared being openly apostate amongst my fellow men. Maybe it’s because I don’t feel accepted when scriptures decry the non-believer as the anti-christ. Like in the case of Korihor worthy of imprisonment without cause eventually leading to his death by trampling of those that pity him.

Alex’s video implies the importance of accepting gay people that in my believing days I thought were damaging families with their desire to marry the one that they loved. Something that today I see as their right to be protected. I simply can’t imagine a loving father who would deny them that right in this life or the next.  I just don’t believe a decent God would inspire policies excluding LGBT people. Not when he is the one making them that way!

For me the final irony struck as I pontificated on this post. It’s how this very religion that is loved so dearly by such a prominent member not that long ago would have denied him and his wife the right to an eternal life. Why? Well for the same reason that they deny those who are LGBT the same right today. Because God said so:

“Shall I tell you the law of God in regard to the African race? If the white man who belongs to the chosen seed mixes his blood with the seed of Cain, the penalty, under the law of God, is death on the spot. This will always be so” -Brigham Young 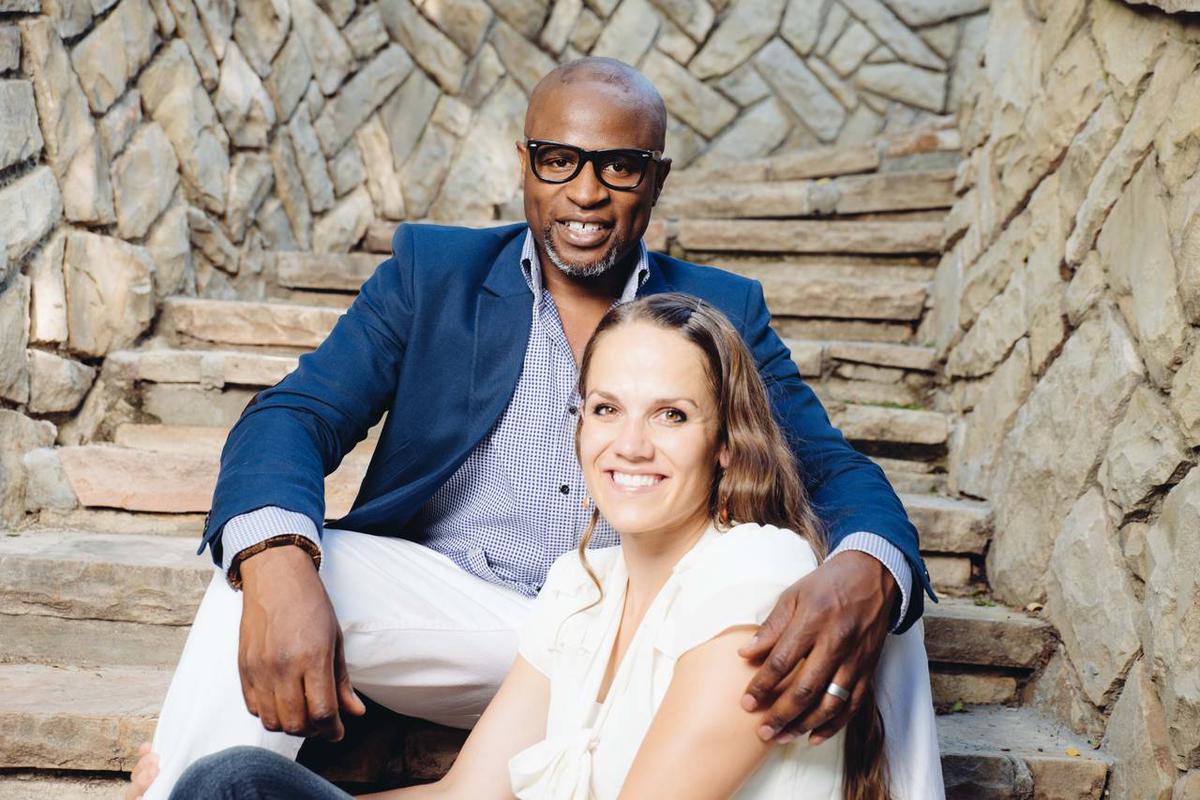 I hope that one day I will have more courage to be myself, especially my apostate self amongst family, coworkers and friends. We need people like Alex to inspire us to accept each other. People like Jane Manning who buck the status quo, and instead pressing forward, leading against divisive dogma that seems to insidiously insert itself into our politics and faith at every turn.

I truly believe in love not hate. I feel lots of love towards Mormons, they are still my people even though I no longer believe. It is part of my history that becoming LDS meant following a different path than all the rest. If only I could help those that feel like I’m hating on the church as I leave it realize isn’t the case at all. To me, I am loving the underdog that is getting the short end of the stick. Kind of like how past LDS people like Dr Lowery Nelson were speaking up and saying this is wrong. We are better than this.

Just look at it this way. If being black and preventing your marriage to a white person so many years ago was just a prophetic screw up. Isn’t is possible that here and now the same mistake is going on right before our eyes? Could not questioning these revelations now rather than decades later prevent some of these LGBT teen suicides? This is a faith that dictates a persons worth. I think is it reasonable to doubt if that faith leads to death. Please accept that. I honestly don’t mind if you know the facts and still believe. I really don’t, it is fine by me. My only desire in exposing them is to give everyone the opportunity to know and chose with full disclosure.

Because, well because I never got that chance and somewhere out there someone is hurting, believing they aren’t good enough for the celestial kingdom and considering drastic measures. I think they have the right to consider all the facts before believing in a father in heaven that would make them Gay and then deny them being with the person they love.

I desire you know one thing though. Believer or not gay or straight, we shall sup together and care for one another. I believe that truth needs no religion to make it worth doing. Or the words that pricked my heart last night:

I’m so glad that we are different

To thy own self be true

Just come as you are

love each other, stop the hate