I remember general conference the first year after realizing my religion wasn’t true. It was the birth of the famous doubt your doubts meme by Elder Ucthdorf. You remember it right? 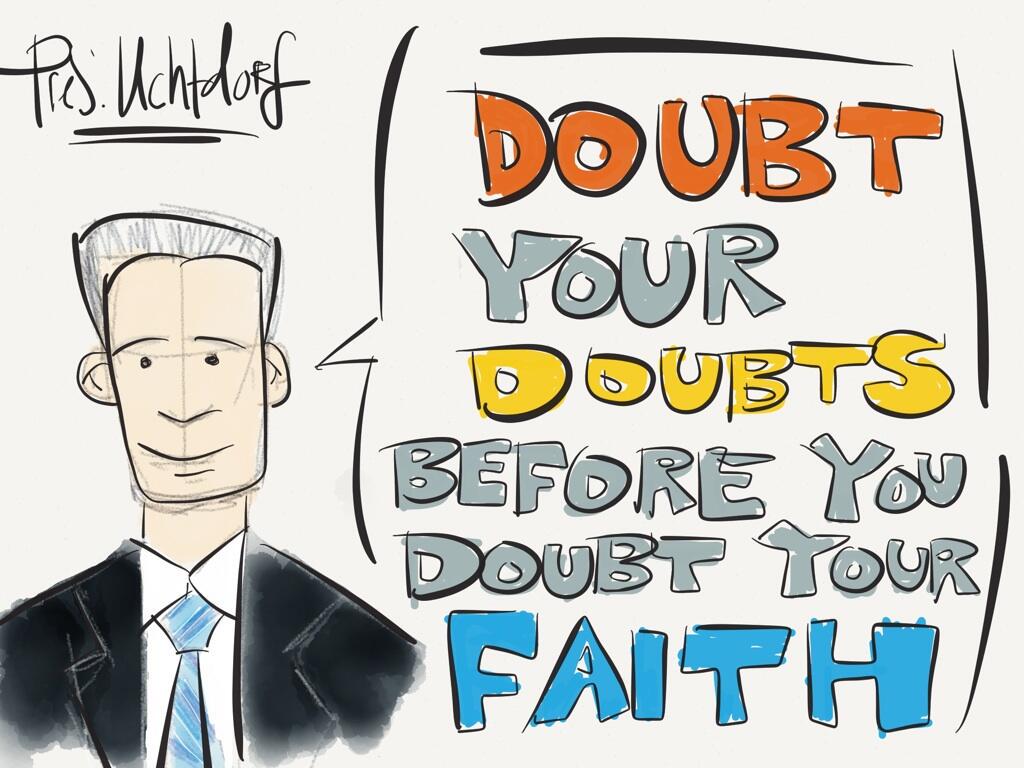 In fact it was a blog post inspired by this meme that was the first Fridge article to go viral. These days I don’t listen or watch conference anymore. Admittedly I get the highlight reel from the online community that is more interested in it. I think it is part of the healing process though to watch those first few times after you leave to make sure you haven’t missed anything in your reasoning. Recently a friend that just left in the last few months commented on how much watching conference triggered a meltdown for her. It’s true, once you have left and you watch the way members are manipulated with new eyes, it is really hard to deal with. You feel the emotional appeal at the same time you see the manipulating words and ideas being fed via hypnotic cadence right into the minds of people you love and care about.

If you are a TBM reading this, to get the idea of what I am talking about google recovery videos from other high pressure religions, like Scientology and Jehovah witnesses. Look at the people that escape places like the FLDS and listen to how they feel about the people they love that are still trapped and unwilling to question their leadership. It is heart breaking and super hard to process for them. General conference for the Mormon church triggers much the same feelings in those that have left it. It is no doubt (pun intended) an emotional time for all. Parents of kids like myself who have fallen away are reminded how their hearts are broken by the child that no longer believes. Fear of losing them for eternity is rekindled to stem the tide of further lost tithe payers. So why people like my mother are saddened, people like myself are angered because to us it was a false premise to believe in in the first place, so all that fear they put into the ones you love is just pointless abuse from the non believer perspective.

But it’s not that simple. I think that most church leaders really do believe apostates are lost souls and the LDS church is the one-true-church-on-the-face-of-the-whole-earth. I get the argument that these guys must wonder what is up when they become an apostle and the don’t see Jesus face to face. But we humans are amazing in our ability to create a foundation for what we believe in. Even up to the point of hearing voices and seeing things. Things like cognitive dissonance and confirmation bias will make it seem to them that they are SURE, even 100% positive they are right, no matter what. Case in point. Take a look at the doubt your doubt meme. It’s actually not that original. Max Lucado said it almost the same way first in your average christian sense.

And that is the rub isn’t it? If the typical Christian followed Max’s identical advice, they would have no reason to doubt their Christianity and convert to Mormonism… This is the problem with thought stopping quotes like these they make anything true. Even the Fridge. But I have a bigger question on mind. Why the word twisting and assimilating of things other people say? Is it intentional? I kind of think so. Here’s why. It happened again this conference. 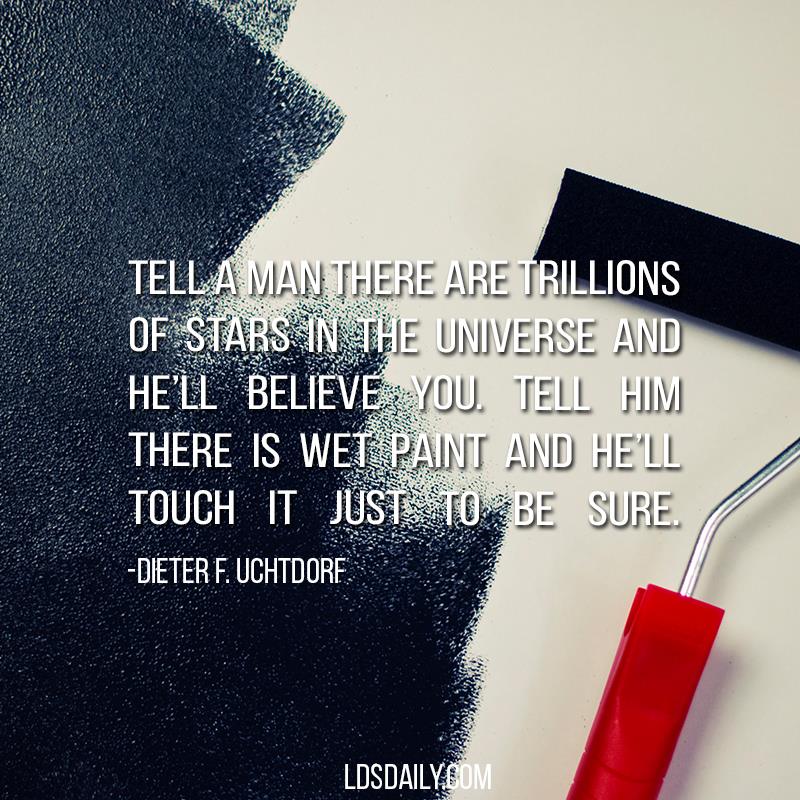 I saw this and thought, man that is familiar… Where have I seen it before? I searched my image history for the blog and it turned right up…. last post! (Yeah my memory isn’t what it used to be, please forgive) 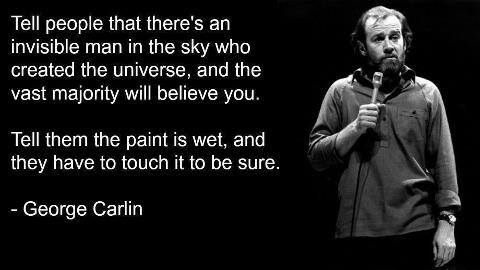 Now I honestly doubt LDS leaders are watching my little blog. It is simply not that significant by any reasonable comparison. This meme celebrating the skepticism of George Carlin toward religion has been floating around for a long time. No, this twisting of words done by leaders (that as an apostate I have been repeatedly accused of) is a natural human reaction to cognitive dissonance. By reframing the problem the believer is able to shelve it just a little longer.

The funny thing about this particular meme twist, is that it is not even remotely similar from a evidentiary standpoint. Carlin is pointing out that we have ZERO proof of the invisible man we call God. The kind of evidence that is repeatable and testable. You know, that sciency stuff. The good Elder trades the idea of God out for trillions of stars in this meme twist. Seriously? You know we have telescopes and can count them right? Heck via the naked eye at night you realize there are so many they are almost uncountable don’t you? BTW you are way, way off. Latest estimates as mentioned here are closer to a septillion. To put that in perspective this is a trillion in comparsion:

That is more that a trillion TIMES a trillion. It’s a big and yes virtually an un-comprehensible number. I think that is what the good Elder latched onto actually. There are more stars out there than he can comprehend, That makes the meme feel similar to him and that confirms his bias that it is a good analogy. I dare bet he felt really good coming up with it.

The idea of all those stars being incomprehensible though is the point of doubt. He should doubt that number! He should look up the studies and the evidence from astronomers that have corroborated independently on how many stars there are and how every time we build a better telescope we see even more of them. This is not a premise you are expected to take on faith. Heck, lay on your back one night and start counting and estimating. Do a little fact checking for heavens sake!! (again pun intended :)) 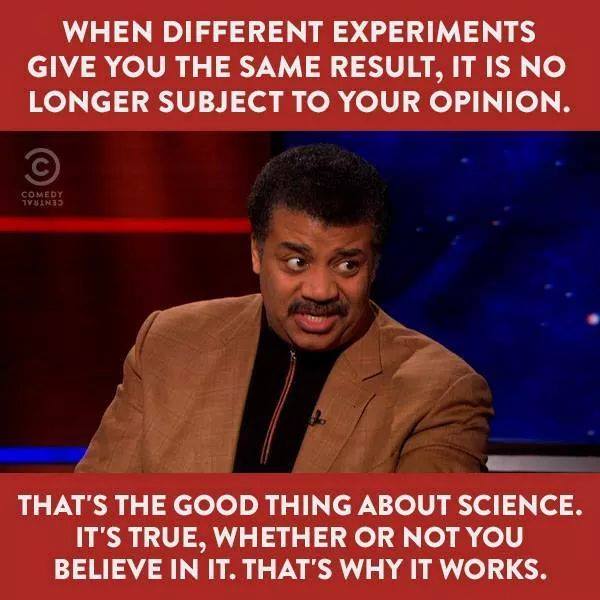 You see no astronomer expects you to take their word for it, they aren’t telling you to trust your feelings and shelve your doubts when it comes to the number of stars out there. They WELCOME test and validation of their work!! They do not warn people away from doing their own research from un-authorized sources!!

This analogy falls flat as a pancake when it comes to evidence and proof. I know given your own bias it felt good to say. just like for many members it will feel good to hear. I know because as a local leader I often said similar feel good things to those in my Sunday school class when they had doubts. They were usually happy to hear them and they praised me for my instruction. But as a student of science I knew this was not a fair comparison. I needed to learn to be honest with me, no matter how much I had to lose or how much it would hurt to see my faith fail and my mom’s heart broken.

Because when it comes to the number of stars claimed to be out there? Yeah, you can and should touch the paint. 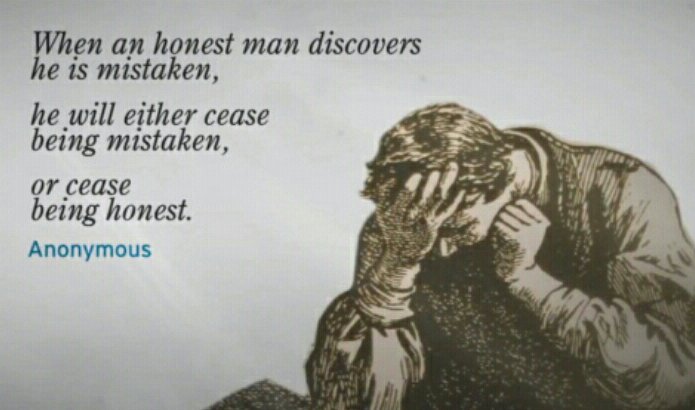